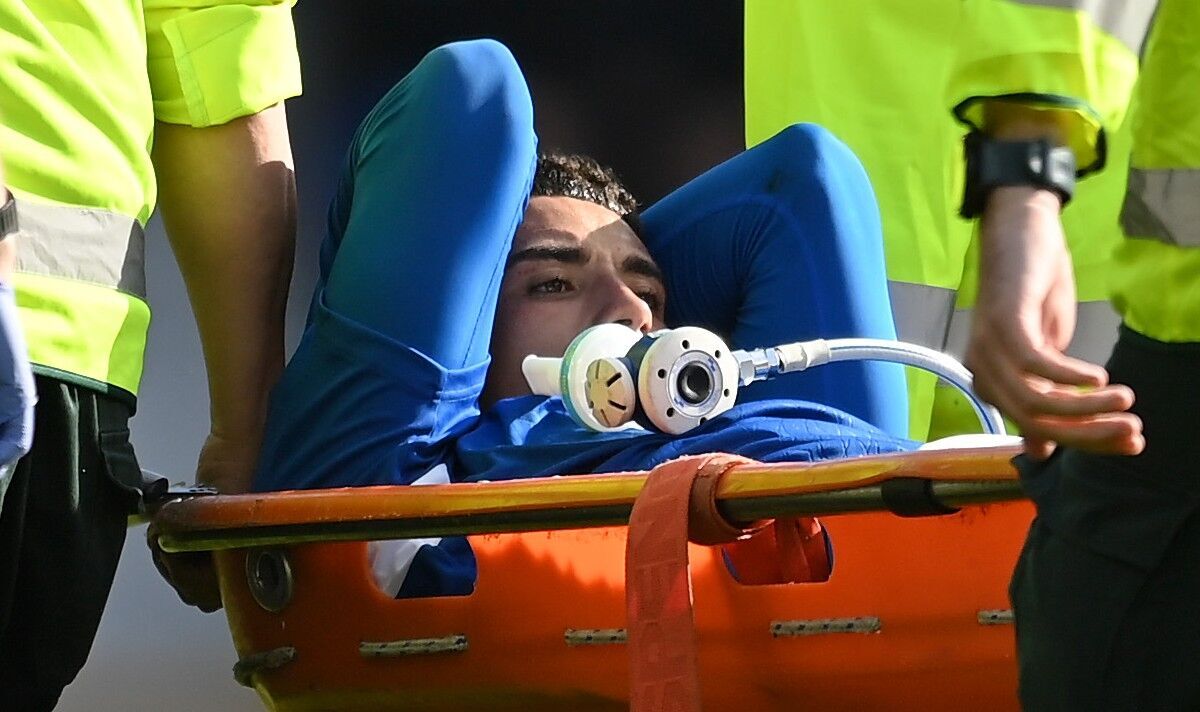 An official in Everton’s match against Chelsea has been heavily criticised for not raising their flag when the ball went out of play in the lead-up to the injury of Ben Godfrey. The England international was stretchered off of the pitch in the 18th minute after sustaining what looked to be a very serious lower leg injury.

In the ninth minute, Godfrey misplaced his pass back to Jordan Pickford and the ball rolled out for a Chelsea corner. However, in a bid to prevent handing the opposition a chance to deliver in a cross from a corner, Everton goalkeeper Pickford slid in to attempt to keep the ball in play – though failed.

But despite the whole ball clearly going out of play, the linesman decided not to raise their flag and thus allowed the match to continue – with Kai Havertz picking up the loose ball and racing towards goal.

Godfrey then attempted to make amends for his error with a crunching tackle to dispossess the German international, but went over on his ankle in doing so and required serious treatment on the pitch. He received oxygen before being stretchered off. But many were quick to point out that the injury was completely avoidable if the official simply raised their flag.

Since VAR has been implemented, officials have been criticised for being reluctant to make certain decisions and instead waiting for those at Stockley Park to make certain rulings. Thus, one viewer felt that it was only a matter of time before a player was injured because of this.

@EmilFalk12 wrote: “Refs being scared of actually refereeing the game because of VAR, the ball was clearly out of bounds, Ben Godfrey has a horror injury because of that. VAR is s***!” It remains to be seen how long the 24-year-old will be sidelined, and whether a long-term absence will force Lampard to push for Everton to dip back into the transfer market for a quick fix replacement.

Everton offered an update in the second half, saying: “We can confirm Ben Godfrey has suffered a lower leg injury and has been taken to hospital. We’re all with you, @BenG0dfrey.”