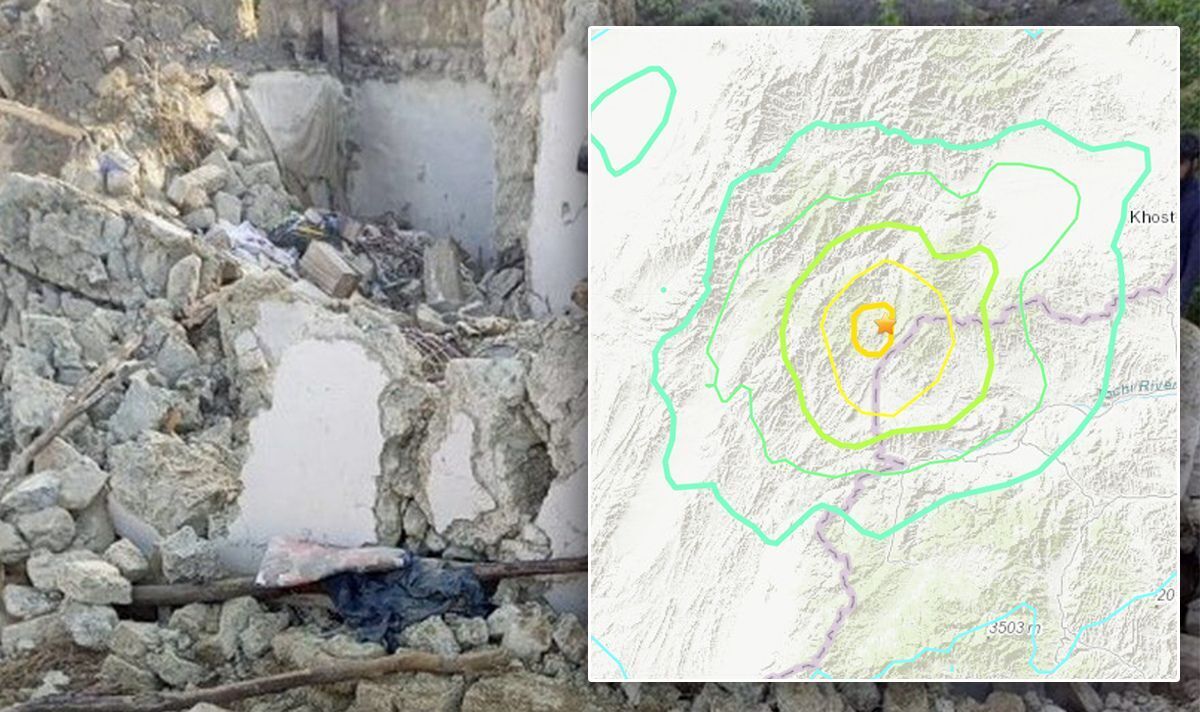 Scores of people have been left injured with calls for urgent support from the international community. Images circulating on social media show injured people being carried away from rubbled buildings.

The centre of the quake has been pinpointed to 44km (27 miles) south-west of Khost.

Earthquakes can have a devastating impact in Afghanistan where many buildings in rural areas are not particularly sturdy.

The number of fatalities and injured could increase in the coming hours as the extent of the shake is revealed.

What caused the Afghanistan earthquake?

Tectonic plates in the ground colliding are a cause of earthquakes in the region.

Large earthquakes can be attributed to the India plate colliding with the Eurasia plate due to movement, according to the US Geological Survey.

The latest is about 500 kilometres (300 miles) from a deadly earthquake which occurred in Pakistan in 2008.