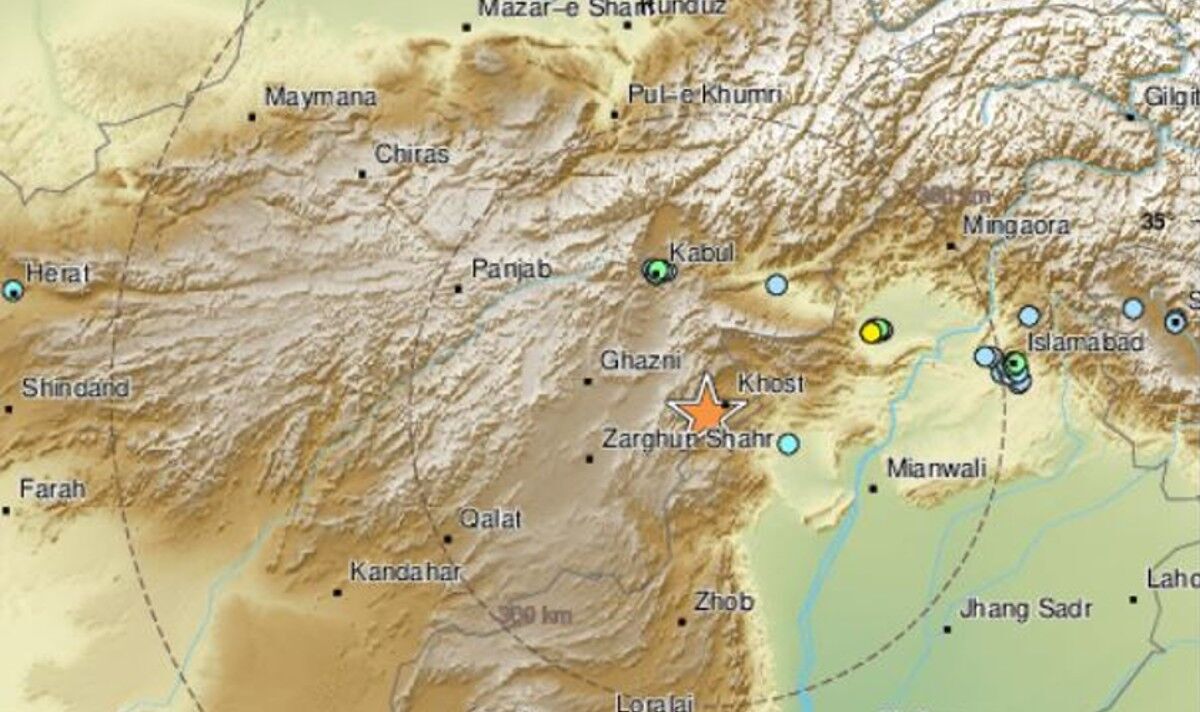 Preliminary information shows the quake struck southeast Gardez, just over 100 kilometres from the capital Kabul, at 1:56 am PST (Pakistan Standard Time) on Wednesday. The tremor is thought to have hit several cities in Pakistan, including Islamabad, Peshawar, Rawalpindi and Kohat, too.

It occurred at a depth of 51 km, according to the  US Geological Survey (USGS).

Shaking was felt over a range of some 500 km by about 119 million people in Pakistan, Afghanistan and India, the European Mediterranean Seismological Centre (EMSC) said in a tweet.

There were no immediate reports of damage or deaths.

In January, two quakes — only hours apart — of magnitudes 4.9 and 5.3 rocked a rural area not easily accessible by road in the country’s western Badghis province.

It killed at least 26 people, wrecked homes and left families waiting for aid for days, with some spending several nights exposed to sub-zero temperatures.

Abdul Rahman, a survivor whose house was damaged, told AFP: “We lost everything we had. We are homeless. Everything is buried under the rubble.”

When the tremors began, “everybody started screaming”, he said.

Mr Rahman added: “Everyone from every house just ran out from their homes and fled.”