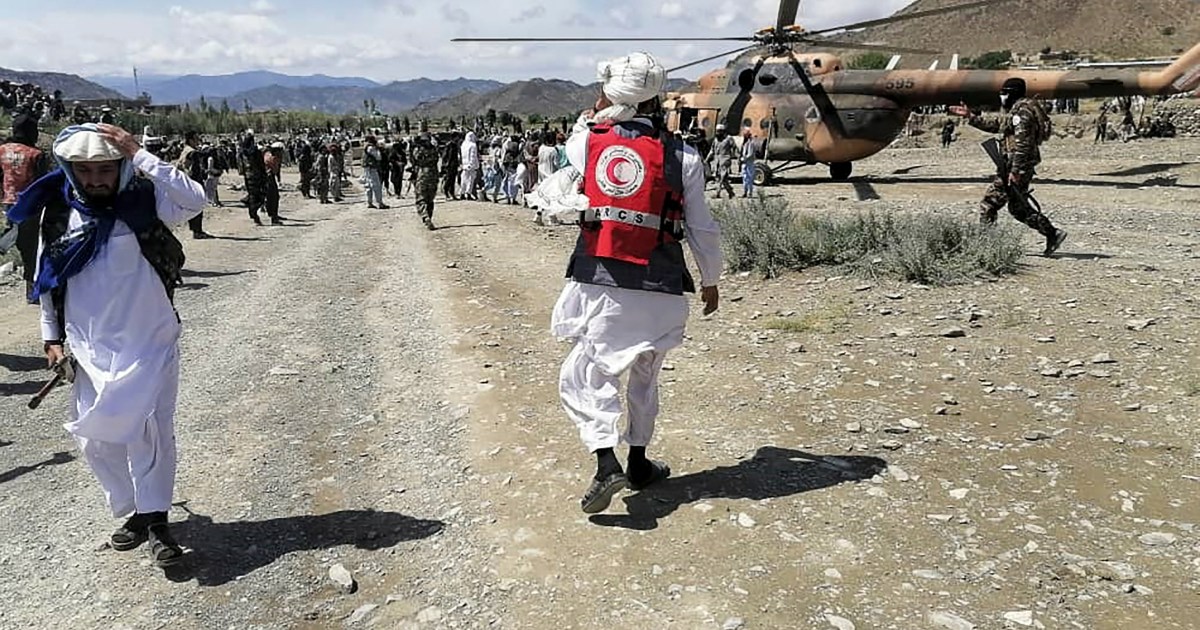 A powerful earthquake struck a rural, mountainous region of southeastern Afghanistan early on Wednesday, killing at least 920 people and injuring 600 others in the deadliest quake in two decades, authorities said.

Officials warned that the already grim toll would likely rise.

Information remained scarce on the magnitude 5.9 quake, but quakes of that strength would be expected to cause severe damage in the remote area, where homes and other buildings are poorly constructed and landslides are common.

The earthquake comes as Afghanistan has been facing a dire humanitarian crisis that has been compounded by Western sanctions imposed following the Taliban’s takeover of the country last August.

Footage from Paktika showed people being carried into helicopters to be airlifted from the area. Others were treated on the ground. One resident could be seen receiving IV fluids while sitting in a plastic chair outside the rubble of his home and still more people were sprawled on gurneys. Some images showed residents picking through clay bricks and other rubble from destroyed stone houses.

Prime Minister Mohammad Hassan Akhund convened an emergency meeting at the presidential palace to coordinate the relief effort for victims in Paktika and Khost.

Some remote areas of Pakistan saw reports of damage to homes near the Afghan border, but it was not immediately clear whether that was due to rain or the earthquake, said Taimoor Khan, a disaster management spokesperson in the area.

Mountainous Afghanistan and the larger region of South Asia along the Hindu Kush mountains have long been vulnerable to devastating earthquakes.