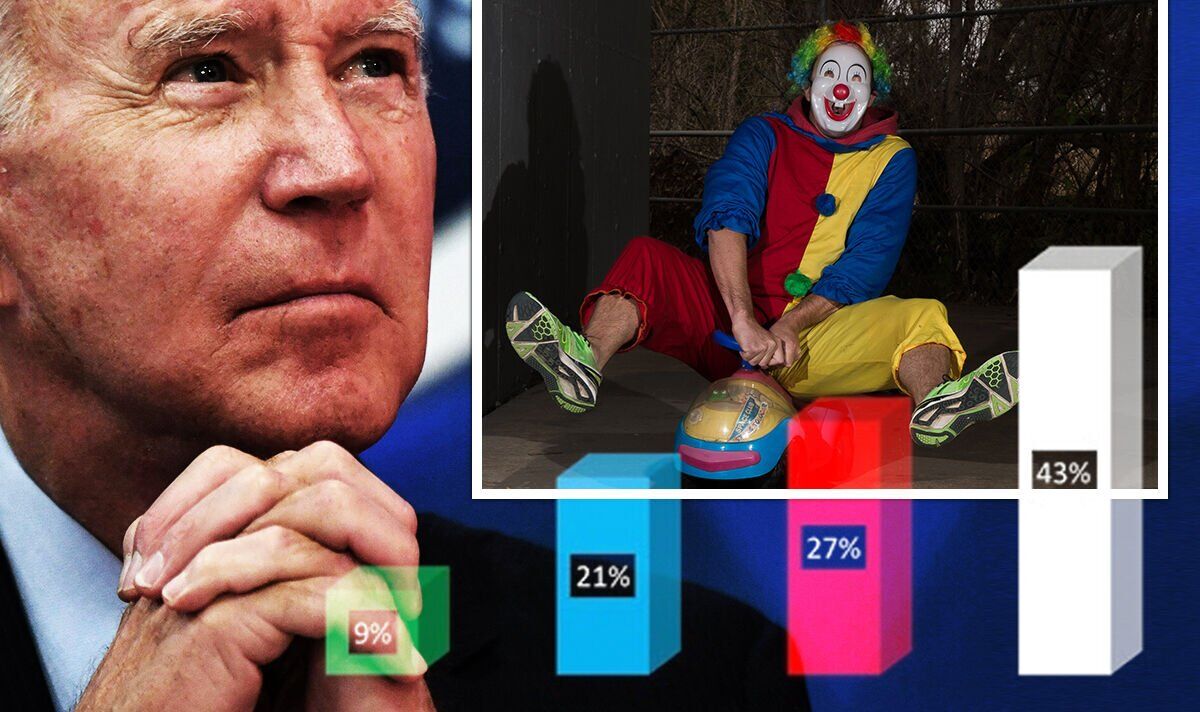 It comes as Jason Miller, the chief executive of the social media platform GETTR and a close ally of Donald Trump, confirmed the former US President is expecting to make a comeback bid for the White House.

Miller, who was an election media guru for Mr Trump, told Express.co.uk: “Trump will run again and I will be alongside him.”

The polling reveals that there is a hunger for Mr Trump to make a return to the White House with three quarters (74 percent) of voters saying America is “going in the wrong direction” under Biden.

Meanwhile, 55 percent now believe Trump was a better President than Biden in a dramatic reversal of opinion since the election in 2020.

If the two are pitted against each other in 2024 Trump would win easily with 48 percent to 43 percent of the vote.

However, it is understood that Trump’s camp think Biden “will not be allowed to run again.”

Less than a third of those survey (32 percent) think Biden could be reelected compared to 65 percent who think he can’t.

Amazingly, Americans have such a low opinion of their President that 56 percent would prefer him to be removed from the White House ahead of Putin from the Kremlin.

The economy is the biggest problem with Biden having a 62 percent disapproval rate on handling the economy and 68 percent now expect a recession in the next year.

Meanwhile, a combined 55 percent put economic problems as their top concern – inflation, jobs and a shortage of baby formula in shops.

“Respective Democratic candidates in swing congressional districts and competitive senatorial contests are battling hot political headwinds that show no sign of abating across a scorching summer.

“A political tipping point occurs when a moment, event, or issue signifies the de facto end of a party’s chances of winning an election.

“The past few weeks probably signified the tipping point of this year’s congressional election.”

Polling took place across the US with 1,500 people registering as “likely voters” between 28 and 30 June.