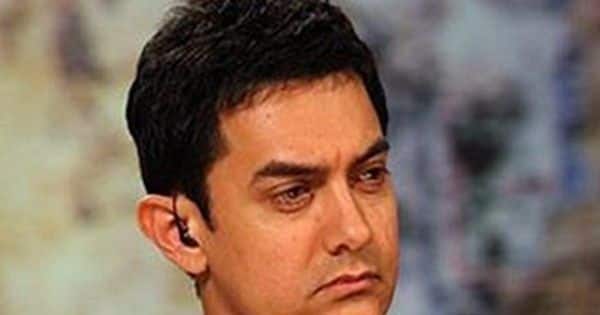 Aamir Khan‘s much awaited film Laal Singh Chaddha has been facing the wrath of netizens ever since the makers began their promotional activities. Many people are still expressing their displeasure over Aamir’s 2015’s intolerance remark and slamming Kareena Kapoor Khan for her arrogance. And now, an old video of Aamir’s remark on boycott trends has gone viral on social media. Also Read – Friendship Day 2022: Kareena Kapoor Khan-Malaika Arora, Suhana Khan-Ananya Panday and more; Meet the most GLAMOROUS BFF gangs of Bollywood

Like Laal Singh Chaddha, Aamir faced similar boycott trend against his 2014 film PK, directed by Rajkumar Hirani. In one of his interviews, Aamir had reacted to people calling for boycott of his film and said, “If you don’t like don’t watch it.” The clip is now being circulated online where people are now going by statement to amplify the ongoing ‘Boycott Laal Singh Chaddha’ trend. Also Read – Koffee With Karan 7: Aamir Khan gets BRUTALLY trolled for accidentally naming Rohit Shetty as a cricketer; netizens say, ‘Thanks for the laughs’

“If you don’t like don’t watch it” Aamir Khan said it during PK, So we won’t see now Lal singh Chaddha because we didn’t like Pk.#BoycottLalSinghChaddha pic.twitter.com/LuOPOu3L3p

In one of his recent interviews, Aamir responded to boycott calls for his upcoming film and said that he feels sad and unfortunate that people think that he doesn’t like India. He said that he really loves this country and requested people to watch his film Laal Singh Chaddha. Also Read – Trending Entertainment News Today: Sonam Kapoor to deliver baby in August; Kareena Kapoor Khan receives massive flak over ‘elitist’ remark and more

Kareena, on the other hand, said that she doesn’t take such boycott trends seriously. “Of course, because the accessibility is there today. Everyone has a voice today. There are different platforms. Everyone has an opinion. So now, if that is going to be there, then you have to learn to ignore certain things. Otherwise, it will just become impossible to live your life. And that’s why I don’t take any of this like seriously. I just post whatever I want to post,” she told India Today.

Laal Singh Chaddha marks the Bollywood debut of Naga Chaitanya, son of Telugu superstar Nagarjuna. The movie is an official remake of Tom Hanks‘ Forrest Gump which went on to become one of the biggest blockbusters in the west.