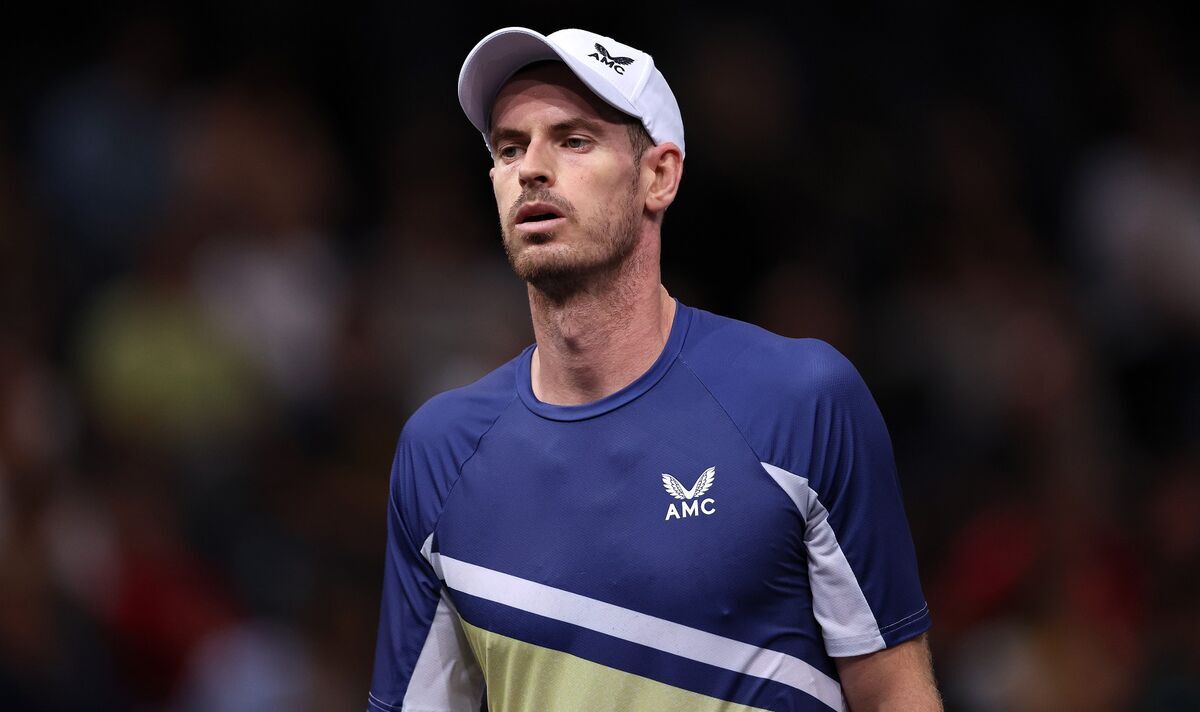 Andy Murray’s 2022 season drew to a close in the first round of the Paris Masters as the Brit suffered a total collapse from 6-4 5-3 up. After serving for the match against a retiring Gilles Simon, the world No 48 crashed out 4-6 7-5 6-3 in two hours and 50 minutes in what is the final tournament of Simon’s career, as the Frenchman postponed his retirement for another few days.

Murray and Simon were facing off for the 19th time but it was a clash like no other for the Frenchman, who was playing the final tournament of his career. The former world No 6 walked onto the centre court at Paris-Bercy to cheers of “Gillou” ahead of what the crowd knew could be his last-ever match.

With fellow French tennis players including Gael Monfils, Jo-Wilfried Tsonga and Richard Gasquet in attendance, it was Murray who got off to a fast start and broke the home hero for a 2-0 lead. He then found himself 0-40 down but won five straight points to fend off the 37-year-old and remain a break up.

The world No 48 knew he would be battling the crowd as well as Simon himself in his opening match, with the French fans cheering on their man in hopes that his career would continue for another day. The “Gillou” chants intensified as Murray stepped up to serve for the set and he found himself broken as the fans went wild.

It didn’t last long as the 2016 champion quickly broke again to take a 58-minute set 6-4, and it was the world No 188 who drew first blood in the second set as he broke first to lead 2-1, but once again Murray was able to get the immediate break-back, levelling at 2-2. He was then forced to save a break point at 3-3 and held on, then breaking the Simon serve in a lengthy game to serve for a spot in the second round.

Much like in the first set, there was more trouble for Murray as he tried to close it out and the Brit found himself broken as the crowd continued to push their man on. This time, momentum had completely shifted with Simon as the world No 188 managed to win four games in a row to steal the second set 7-5 and force a decider, keeping his career alive.

Murray finally ended the Frenchman’s streak with a love-hold to open the final set, having grown frustrated with himself. After failing to convert a break point, the Brit was broken to love and found himself staring down the barrel of defeat when the 37-year-old saved two more break points to lead 3-1. The Brit was falling away as he appeared to complain to the umpire, before getting broken one last time to hand Simon the victory with a double-fault 4-6 7-5 6-3.

It means that Simon keeps his 20-year career alive for at least a couple more days as he pulled off a great escape on home soil and managed to get just his third win over Murray in their 19 meetings. He will next face ninth seed Taylor Fritz in the second round.

The pair have faced off twice in the past with Simon winning their first encounter back in 2016 and Fritz winning their most recent match at the 2020 US Open. As for Murray, his 2022 season draws to a close with what will be a tough loss for him to swallow.

The 35-year-old ends his season with a 26-19 win-loss record and currently sits at world No 48 – a huge jump from the start of the year when he was ranked down at No 134. Murray also earned the most wins in a single season since 2016 with his run to the second round at last week’s Swiss Indoors Basel so has plenty of positives to take from the year.