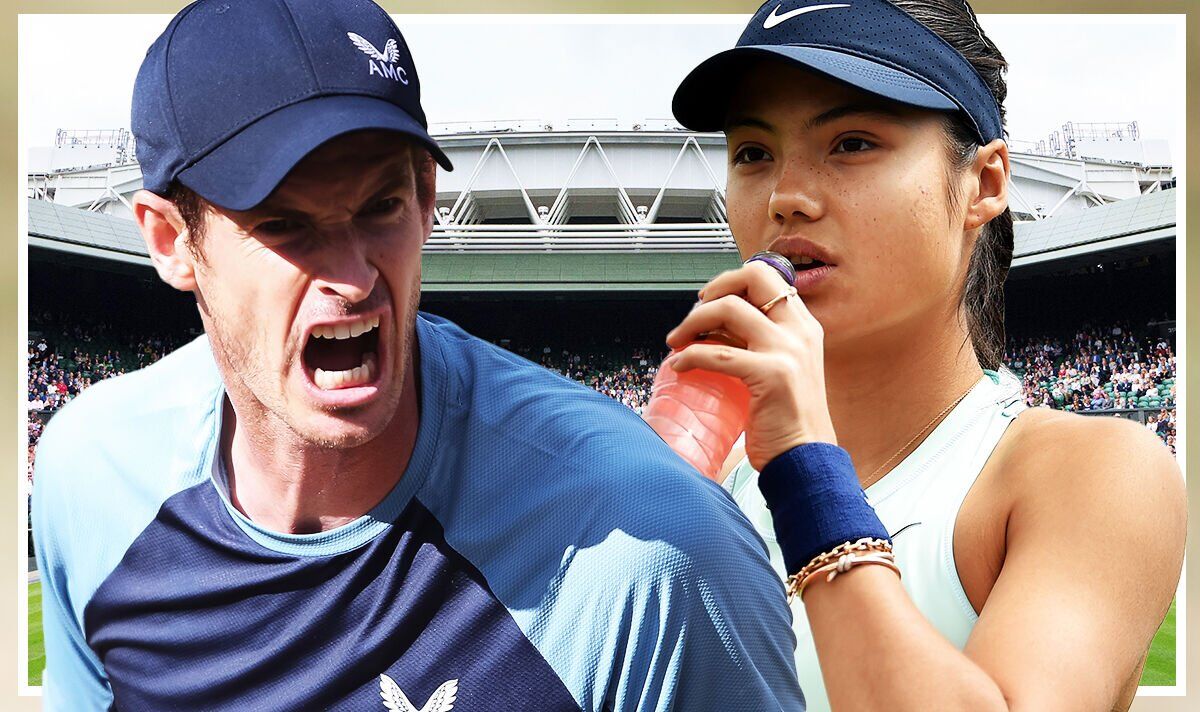 Andy Murray has dropped a tantalising hint that he and fellow British star Emma Raducanu could link up to play mixed doubles at Wimbledon this year. There will be plenty of attention on the pair as they take to the All England Club next week, with hopes that they can both progress far into the tournament.

Raducanu, who stunned the world with her triumph at the US Open last year, has previously been asked about the prospect of playing with Murray, and did little to play down the chances of it happening. “We haven’t actually spoken about it but it’s something we feel we both want to do,” she told BBC Sport earlier this month. “I’m not sure if this is going to be the year but hopefully it will happen.”

And speaking in an interview with GQ, Murray also admitted that it is a match-up he would certainly be interested in. “Yeah, I’d love to play with her,” he said. “I love watching her play. I think she’s brilliant. I think she’s going to be amazing for the sport. Not just in the UK, but especially in the UK.

“Actually, we had spoken last year about potentially playing mixed doubles at Wimbledon, and then both of us ended up doing well in the singles so we ended up not doing it. But yeah, I would I would love to play with her.”

When asked about whether or not that could take place at this year’s edition of the famous tournament, Murray continued: “I don’t know. I’ve not spoken to her about it, but would depend on the singles. Obviously, both owe will be prioritising that and hopefully having a good run there. And if that’s the case, then that will be our priority.

“But yeah, if we both didn’t do well, then maybe. At some stage in the future I would certainly love to. I think it’d be great fun.”

There are question marks over both players’ fitness going into Wimbledon. Raducanu has struggled all year with a back issue, and had to retire early on at the recent Nottingham Open warm-up.

Nevertheless, she has been seeded No.10 at Wimbledon, and will hope to avoid any futher injury niggles. Murray, meanwhile, did not play at Queen’s in order to recover from an abdominal injury he picked up in the Stuttgart Open final.

It would take something miraculous for the Scot to win a third Wimbledon title, but legendary player John McEnroe still believes he can push the likes of Novak Djokovic and Rafael Nadal all the way.

“If Murray’s fit, I absolutely believe he is one of the contenders,” the BBC commentator said. “I actually believe he’d be one of a handful of guys that could win it. I don’t know if he is fully fit. Maybe he doesn’t even know that. But he’s got loads of experience.

“He knows how to play better than almost anyone on that surface. He’s prepared himself well, I believe, for that very moment. Obviously if he’s looking at Rafa and Novak, he’s got to be thinking, he’s going to have one last hurrah, I believe. I think that’s entirely conceivable. What I don’t know is how you know how close to 100% he is.”