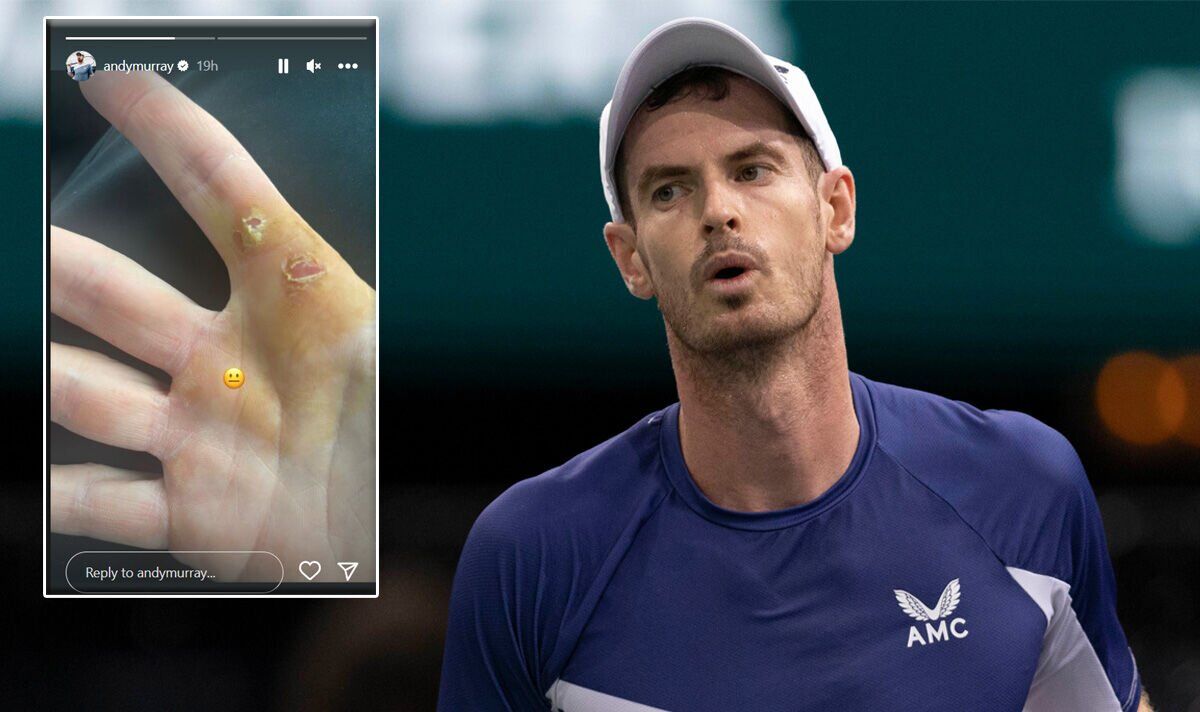 Andy Murray’s rigorous pre-season training regime could be impeded after the Brit shared a gruesome hand injury on his social media. The three-time Grand Slam champion was his own worst critic of his 2022 performances after his season ended in a whimper following some encouraging results.

Murray claimed he must work harder after his campaign ended in miserable fashion with defeat to veteran Giles Simon at the Paris Masters. The 35-year-old reached finals in Sydney and Stuttgart earlier on in the season as he saw a steady rise from no.134 to inside the top 50 in the world rankings.

And his dip in form could have been attributed to a recurring mystery cramp issue, but Murray made no excuses and vowed to test himself in the off-season as he plans to progress further in 2023.

But Murray’s early preparations for January’s Australian Open could be hampered by a painful-looking hand injury that he has posted on an Instagram story. Murray posted a picture of his injured hand on Tuesday with a ‘fed up’ emoji.

“After that I’ll be doing some more hard-court tournaments, then hopefully the clay, and then back to the UK for the grass-court season.”

He added: “For now, I’m still focused on playing tennis and winning matches,” Murray added. “I’ve been pleased with my progress this year, but there are definitely some areas to improve on.

“I’ll be doing a training block in December so we’ll be hoping to identify some of those areas and work on them, so hopefully I can get some more wins under my belt next year.”