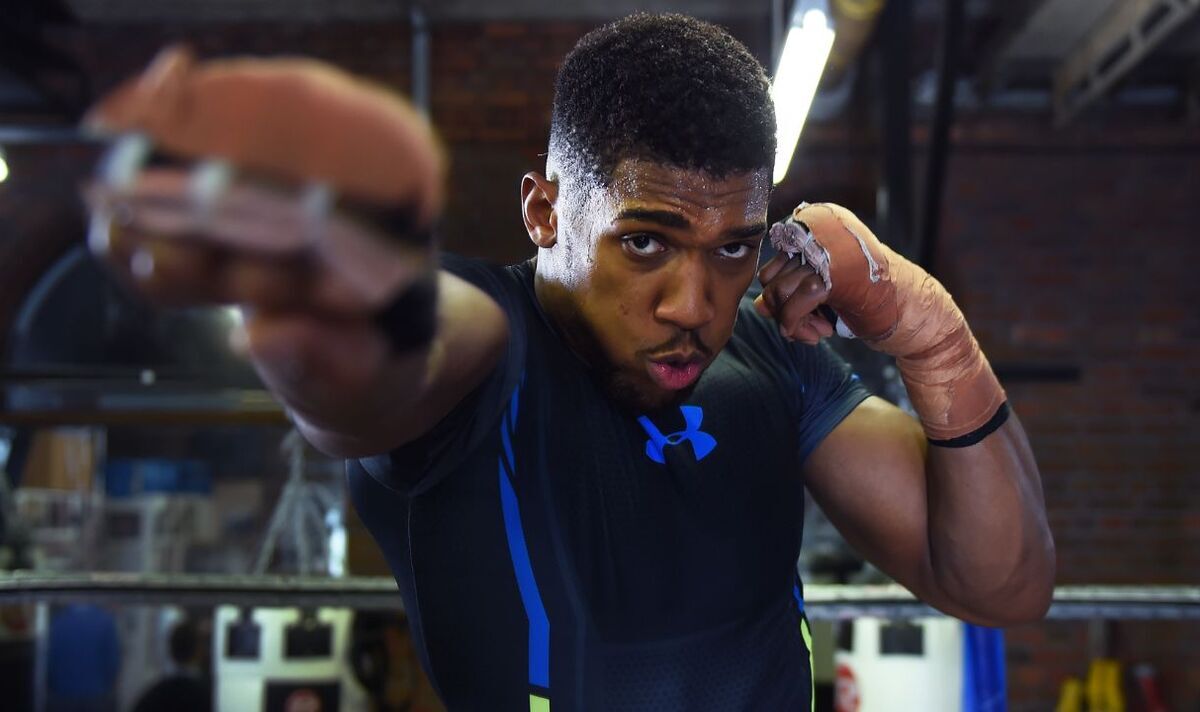 Anthony Joshua is sparring with the self-proclaimed ‘Poundland version of Oleksandr Usyk’, Thomas Carty, in preparations for his August 20 rematch with the Ukrainian. Carty (3-0) has been likened to Usyk due to his compact fundamentally sound boxing style and southpaw stance and has been brought into camp to help emulate the former undisputed cruiserweight champion – something he has clearly taken in his stride.

“I’ve described myself as the Poundland version of Usyk,” Carty told Sky Sports. “I learned how to punch properly, and I’ve always had really solid fundamentals.

“I was mobile as well for a big guy and on top of that as I started to mature more I got that bit stronger and because I was punching properly, I’ve got a bit of pop now in the shots. I suppose I’ve developed a kind of slick, power-punching style, which is quite interesting to watch, southpaw, as well so the shots are quite flashy then when you throw them.”

The Irish heavyweight has given rounds to Joshua throughout 2022, not just limited to this training camp and is the perfect partner for Joshua having studied Usyk his whole life.

“So I’m going to try and copy this guy because he’s doing well for himself. Little did I know [back then] where he’d end up, Olympic champion and world champion in the heavyweight division. It’s a bit crazy because he was a cruiserweight as an amateur, 91kgs, so I used to try and emulate that guy a lot.”

It was that intense studying that secured him a role as one of Joshua’s main sparring partners ahead of the Saudi showdown.

“To say surreal doesn’t even cut it. I’ve never seen another Irish heavyweight sparring Joshua, nobody has really done it and the fact that I was over there for a good few weeks and they were loving what I was doing at 1-0 was really great for the confidence,” Carty said.

“I was asked to do my thing and whatever I naturally do to replicate Usyk they were happy with, there was nothing forced upon me to do this move, or that move. They just wanted me to be myself, be comfortable and be as competitive and good as I could be and that’s what I did.

“It was a really enjoyable experience, and I emphasise surreal because Anthony Joshua, two-time heavyweight champion of the world, is a guy that me and my mates go watch on the telly all the time, every time that he’s fighting, then all of a sudden you’re being brought in to help him prepare.”