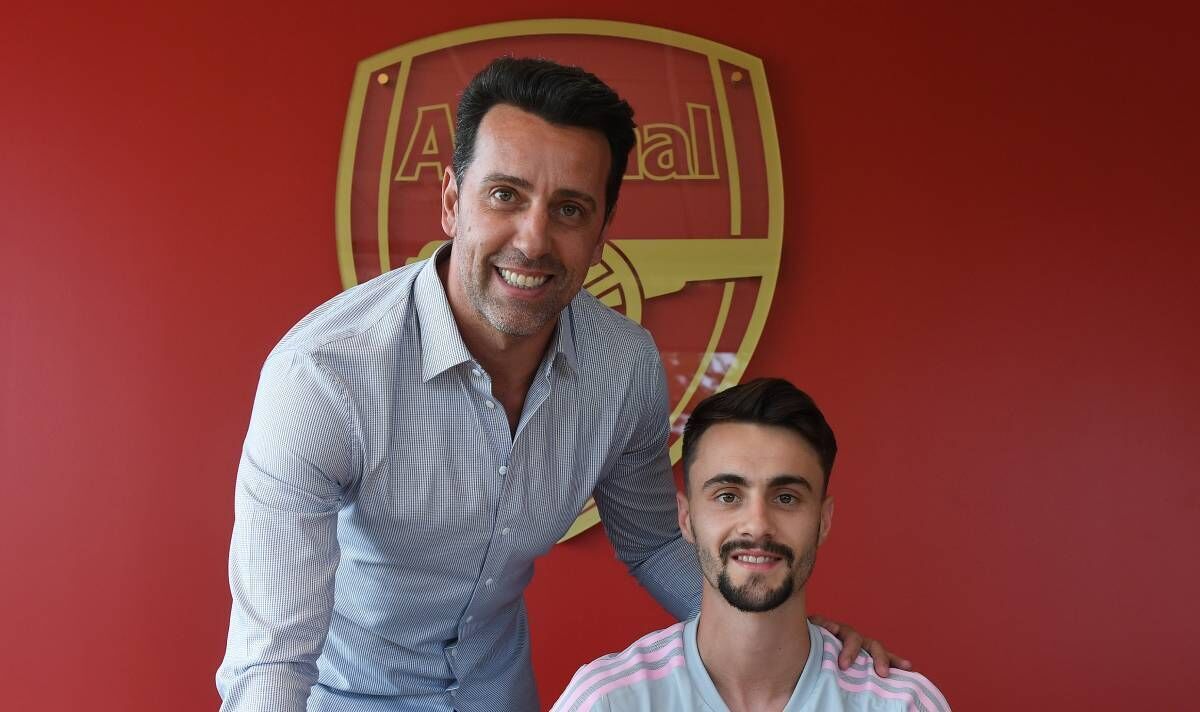 Arsenal fans have quickly got over the disappointment of missing out on top four last season thanks to Edu’s early summer transfer business. The Gunners have announced the signing of Fabio Vieira from Porto, and Edu has hinted that they’re not done yet.

Edu has teased Arsenal fans that the club may sign more players this summer, after announcing the arrival of Vieira.

The 22-year-old midfielder joins Arsenal in a deal worth £34.2million, and has signed a long-term contract with the Gunners where he will wear the no.21 shirt for the foreseeable future. The Portuguese star was highly rated at Porto, and his versatility is also exciting the fans due to being able to play further forward, or in a number of midfield positions.

Mikel Arteta was adamant that Arsenal needed to sign a new midfielder this summer after missing out on Bruno Guimaraes in January. But forwards have also been targeted, and Edu’s comments have only added to the buzz around the Emirates with what could be yet to come.

JUST IN: Neville tells Glazers to turn down £11m dividends for three reasons

Arsenal fans were barely over the excitement of Vieira when Edu said: “I think we still have some good, positive conversations to be fair. I hope we can give the fans some good news. We’re so pleased to have completed the signing of Fabio from FC Porto. Fabio is a player with special qualities who is comfortable with the ball in the final third of the pitch.

But what could a strong finish look like? Arsenal have also been linked with a move for Gabriel Jesus, with the striker reportedly keen on joining the Gunners from Manchester City. And late on Tuesday night it was also confirmed via The Athletic that Arsenal have bid for Leeds United star Raphinha.

Raphinha has been linked with a move away for some time, and Arsenal are seemingly looking to get a deal over the line before other clubs swoop in. Arsenal could have wrapped up deals for Jesus and Raphinha by the beginning of July, and Edu’s prediction could be proved right with his best transfer window since joining the club back in 2019.