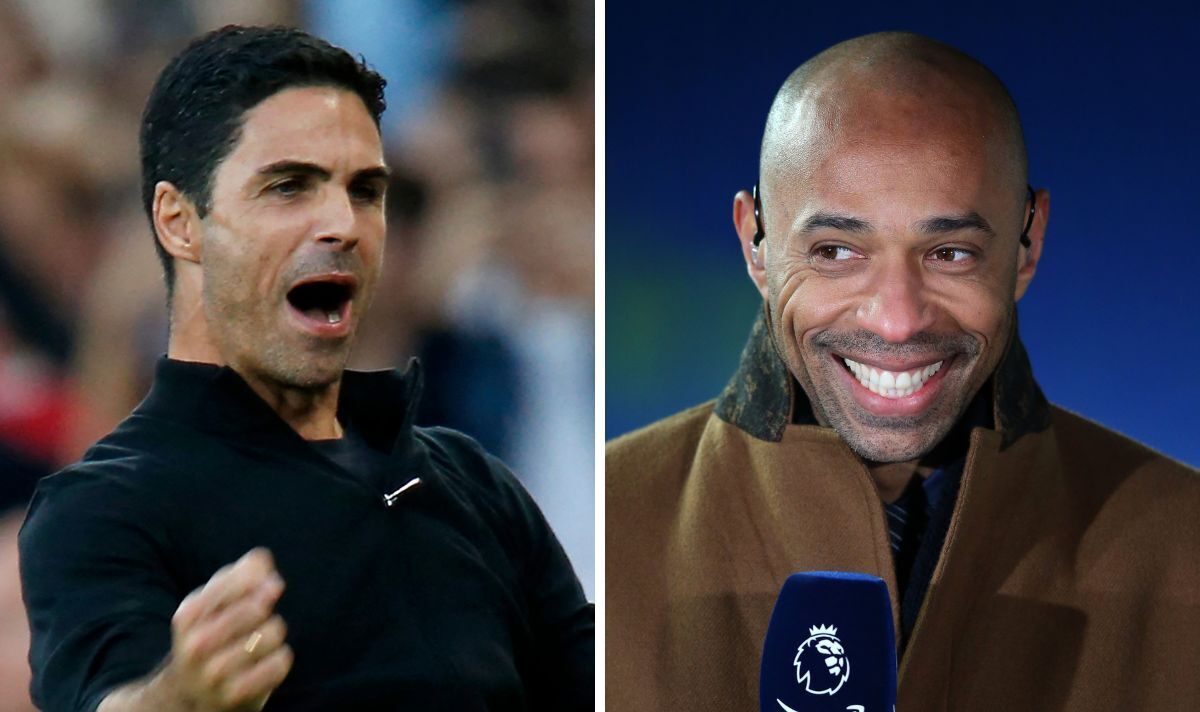 The Brazilian has just 12 months left on his contract and it appears as though City are willing to let him leave. Pep Guardiola has both Julian Alvarez and Erling Haaland joining his attacking line-up for next season.

Arsenal aren’t the only club being linked with Jesus though with Tottenham, Paris Saint-Germain and Chelsea also showing an interest. But the Gunners appear closest to striking a deal for the 25-year-old, who scored 13 goals and provided 12 assists last season.

Having let both Alexandre Lacazette and Pierre-Emerick Aubameyang leave this year, Arsenal are in desperate need of bringing in a striker capable of finding the net on a regular basis. Eddie Nketiah was rewarded for his end-of-season form with a new contract while also being handed Henry’s old number 14 shirt.

JUST IN: Vieira will look to change shirt history as he is handed No.21

But Jesus offers something different with more experience on the world stage and Henry explained back in April what kind of striker Arsenal would be getting if he moved to the Emirates. When asked what he liked about Jesus, Henry said: “What he can give offensively to the team.

“We saw that he scored four goals at the weekend – when he is in the box, he’s one of the three that is playing, or since (Sergio) Aguero left, he has that ‘nine’ instinct. He has what the number nine would smell.

“What I like with him is that when he puts pressure, whether it’s on the left, on the right or in the middle, he doesn’t have a problem defending in these situations by coming back and helping his team.”

Jesus joined City in 2017 and has 58 goals in 159 appearances for the Etihad outfit. If Arsenal do complete a deal for Jesus, he will become their fourth signing of the summer.

Deals for Matt Turner and Marquinhos were done earlier in the month and an agreement was reached last weekend for Fabio Vieira. Arteta had targeted the midfield as an area in need of improvement after Thomas Partey’s injury last season highlighted how light they were of options.

Mohamed Elneny played alongside Granit Xhaka in Partey’s absence, but the pair were at fault in costly defeats to Tottenham and Newcastle. Jesus would then be another piece to Arteta’s puzzle at Arsenal with more signings possible this summer.