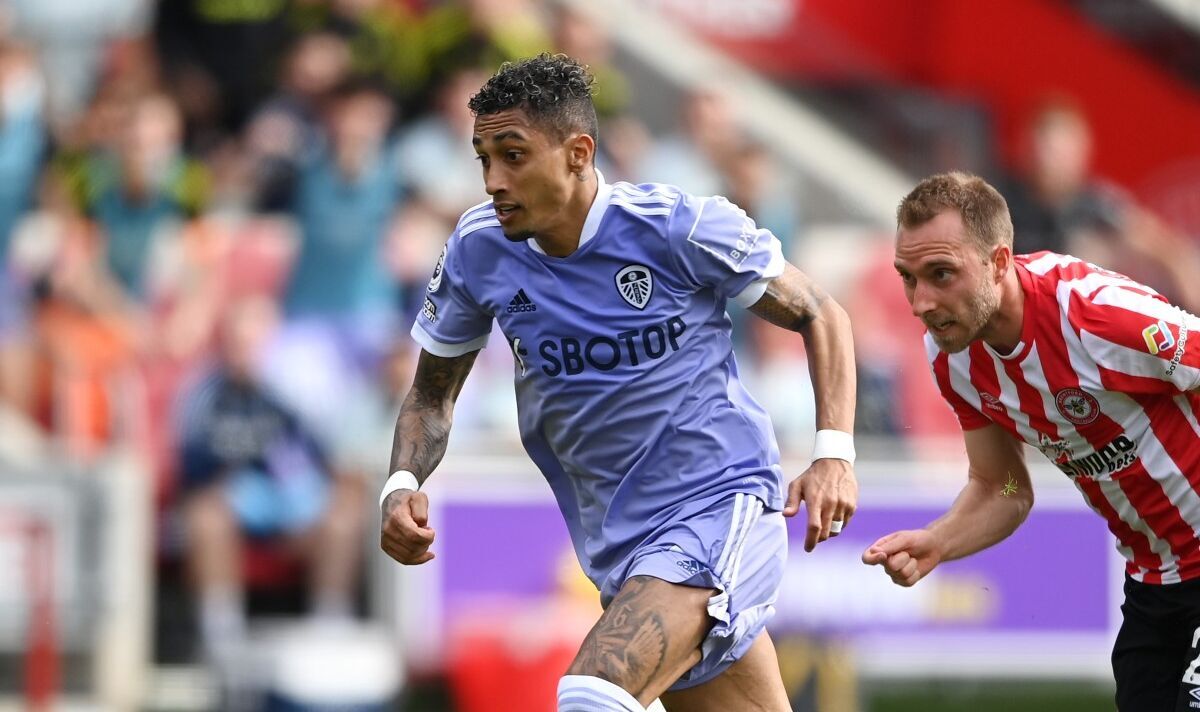 Arsenal have reportedly made their first formal offer for Leeds winger Raphinha. But the Whites are likely to reject it imminently, as it falls ‘well short’ of the fee they are expecting for their prized asset. The Gunners have been strongly linked with the 25-year-old for a number of weeks now, along with Barcelona and Tottenham.

And according to The Athletic a first formal approach has now been made by the north Londoners. However, Leeds are thought to value Raphinha at at least £70m, and the suggestion is that Arsenal’s bid has fallen well below that amount.

Whatever the case, it certainly seems as though they have got the ball rolling for the player, and it will now be intriguing to see whether Barca, Spurs or even another potential suitor will respond with an offer of their own.

Raphinha starred last season and played a huge role in saving Leeds from relegation from the Premier League, scoring 11 goals and creating three assists throughout the campaign. It is thought that Leeds are resigned to losing him this summer, but are determined to recoup a huge transfer fee in order to do so.

Raphinha himself has also made it clear that he is seeking a new challenge away from Elland Road, and is thought to be keen on playing Champions League football – a factor which would not work in Arsenal’s favour.

The Gunners’ bid comes after their technical director Edu promised supporters there would be plenty of signings to come following the captures of Marquinhos and Fabio Silva.

Addressing fans on Tuesday, he said: “We’re so pleased to have completed the signing of Fabio from FC Porto. Fabio is a player with special qualities who is comfortable with the ball in the final third of the pitch.