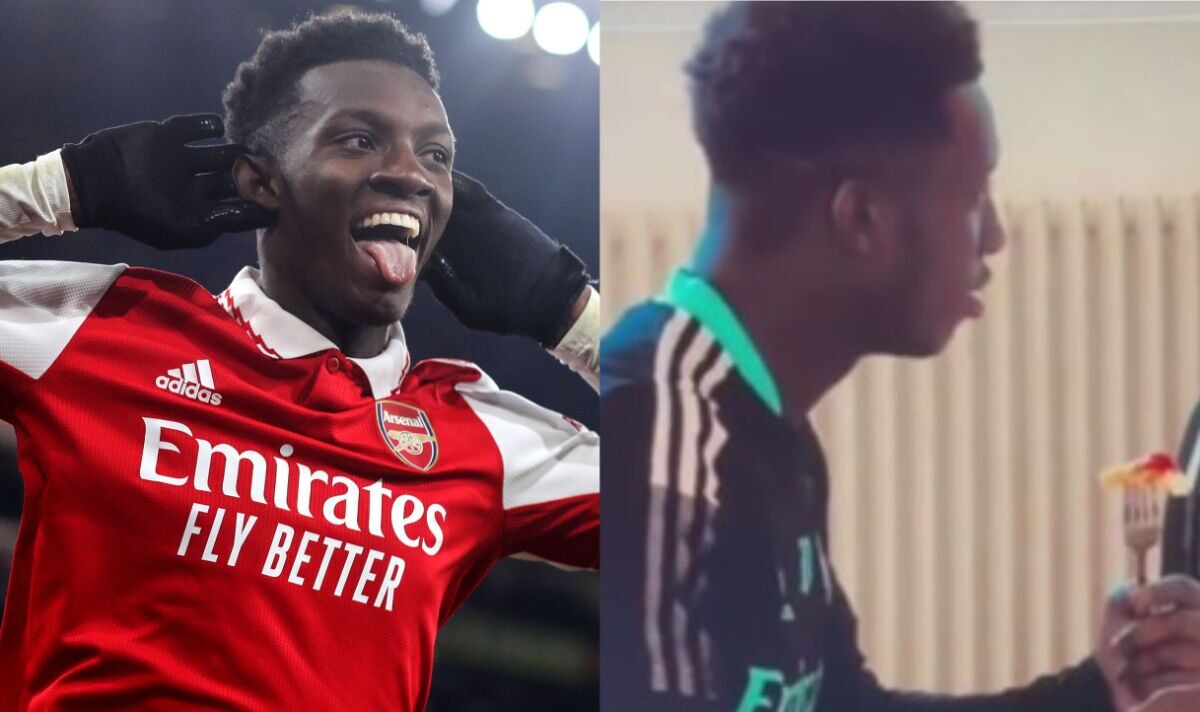 Eddie Nketiah has been crucial for Arsenal in recent weeks, being rewarded for his patience with an extended run in the starting eleven. The emergence of the forward will not come as a surprise to many given his resilient character, as shown by one of his cameos in the ‘All or Nothing’ documentary.

Nketiah scored twice for the Gunners on Sunday night in their 3-2 victory over Manchester United, including a 90th-minute winner. The 23-year-old was on hand to steer home a goal-bound effort from Martin Odegaard past David De Gea to put his side five points clear at the top of the table and send the Emirates Stadium into a frenzy.

The England under-21 international has stepped up in the absence of Gabriel Jesus, who sustained an injury at the Qatar World Cup, and showcased why Mikel Arteta was desperate to retain his services over the summer.

Nketiah was rewarded for his commitment with a new deal before the start of the season, and his conversation with Albert Sambi Lokonga in Amazon’s All or Nothing showcased why he is the exact character that Arteta wanted in his dressing room. In a resurfaced clip, Lokonga was refusing to chat about why he was unhappy with Nketiah, Emile Smith Rowe and Nuno Tavares.

Eventually, the ex-Anderlecht star shed a light on his mood and revealed that it was because he was no longer ‘playing’, having fallen down the pecking order at the club after a bright start to life in north London. Though the reasoning did not sit well with Nketiah given that he was not playing regularly due to Pierre-Emerick Aubameyang and Alexandre Lacazette still being at the club.

He responded: “So what my friend? You think you’re the only man not f***ing playing my friend? Stop feeling sorry for yourself.”