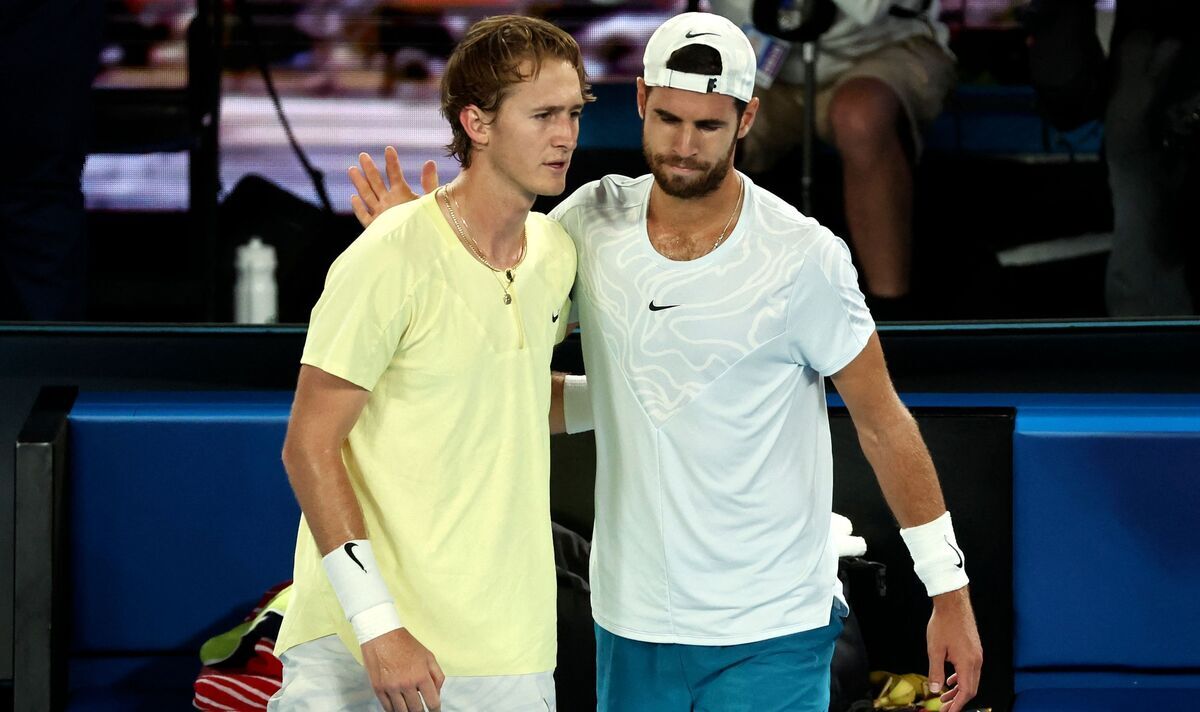 “I mean, I knew kind of what it was right away, right when I hit the return. I kind of felt that spot that I was feeling before. Like I said, some forehands I couldn’t even hold the racquet. Volleying was almost impossible for me. So it was a little tough.”

Korda had been hoping to emulate his dad Petr’s run to the 1998 Australian Open title this year but came unstuck thanks to the injury. While he won’t be able to go all the way, the American is now taking “a lot of confidence from his run.” He added: “There is a lot of positives. I mean, way more positives than even negatives. Today was tough, but hopefully it’s nothing serious and I can take care of it so I don’t have it in the future.

“Like I said, I don’t know what it is, but yeah, obviously a lot of positives. Still a great tournament. My first quarterfinal in a Grand Slam. You know, I’m going to go forward with my head high and keep working.”

But instead it’s Khachanov who advances to the last four for the second-consecutive Major after he also made it into the semi-final of the US Open in September. “I think until a certain point it was very competitive, a very good battle,” the 18th seed after Korda’s retirement. “He beat my friend Daniil in three sets and won in five sets against Hurkacz so you know he is playing great. So applause to him.”