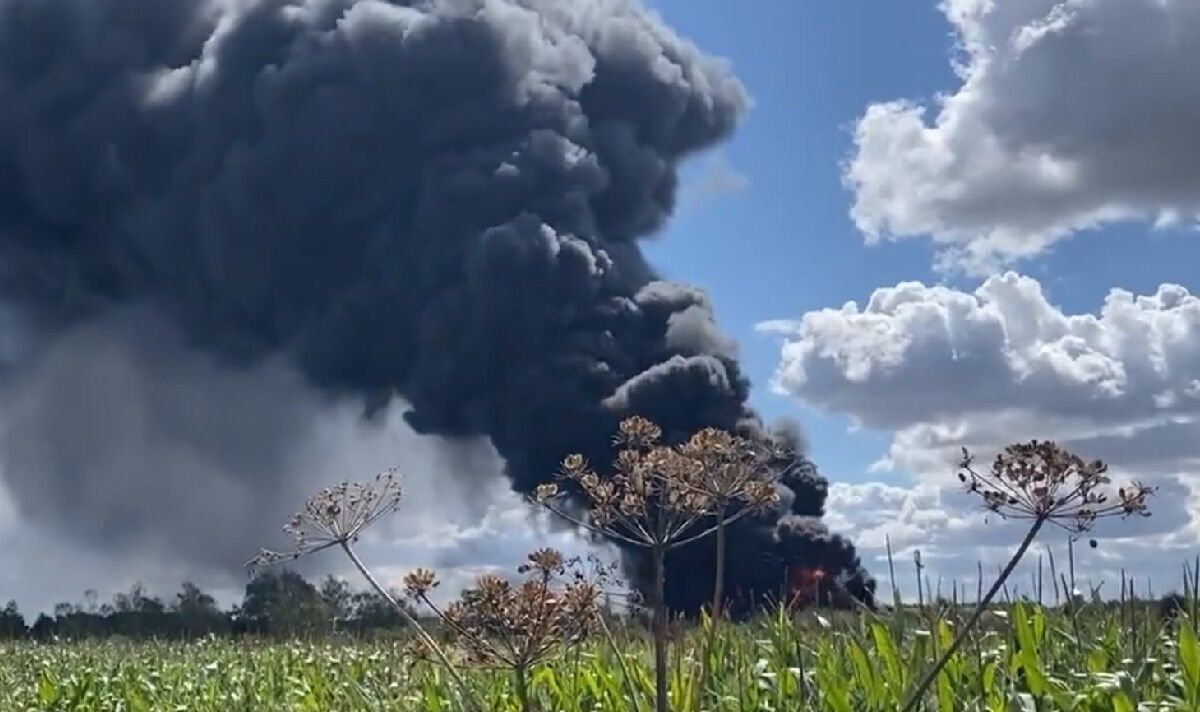 Social media pictures from Drakeholes, South Yorkshire, show a huge smoke cloud in Ranskill, in the Bassetlaw district of Nottinghamshire. Around 1000 tyres are alight at an industrial site, sending out a large plume of black smoke.

Nottinghamshire Fire and Rescue Service are also tackling the blaze.

They said on Twitter: “We are currently dealing with a large fire involving tyres in Ranskill which is giving off a lot of black smoke.

“Please avoid the area and close windows and doors if you see or smell smoke.”

Twitter users commented beneath the post that they could see the smoke from the Ranskill fire from the M1 near Sheffield.

At 11.20am, Notts Fire and Rescue said: “Our Joint Control room is receiving lots of calls about this fire due to the large smoke plume.

“We are aware of the incident and fighting the fire.

“We have 10 appliances either on scene or on the way, including Mansfield’s Aerial Ladder Platform (ALP).”

It comes as a bus caught fire on a dual carriageway on the A52 near Pride Park, Derby.

A Trentbarton spokesperson said: “One of our red arrows was involved in a fire on the A52 near Pride Park in Derby this morning. The driver safely evacuated all the passengers and there were no injuries. We will thoroughly investigate the cause of the incident.

Disembarked passengers from the bus were taken safely off the A52 by an Ilkeston flyer bus.

Derbyshire Fire and Rescue recieved a call about the incident at 8:52am on Friday.

A spokesperson for the service said: “We sent two pumps to it.

“We requested police for traffic and smoke visibility.”

The service also had two water carriages from Ashbourne Fire Station, and added: “We used two hose reels on the incident and we were there for an hour.

“We have left the incident and handed it back to the police and high ways control.”

Derbyshire Fire and Rescue left the incident at 9:45am.

The coach on fire had been described as “well alight.”