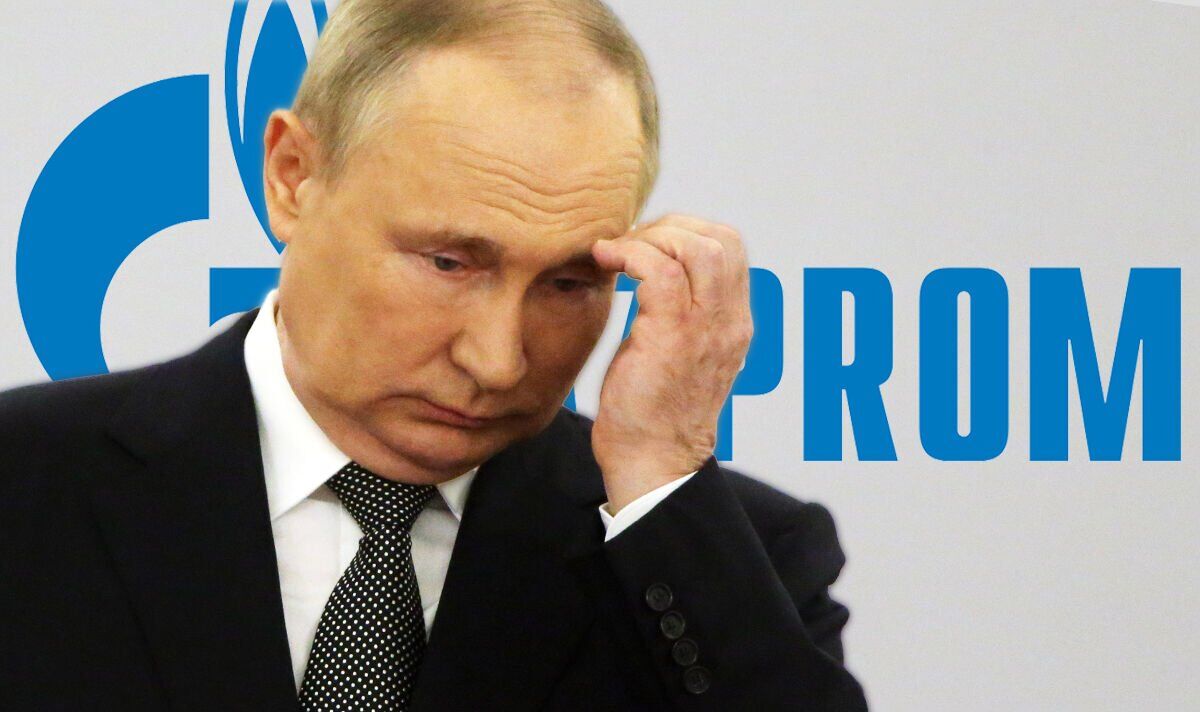 ‘Back to 1990s!’ Russia forced to prepare ‘extra’ tax for energy company amid costly war

Majority state-owned Gazprom could see the tax rate on its mineral extraction boosted temporarily later this year amid the Kremlin’s costly war in Ukraine, according to reports. This would see the company take a greater revenue hit between September and November.

Russia’s Finance Ministry has suggested the raise, if it takes place, will be due to higher gas prices.

Journalist and Moscow specialist Ben Aris described the Ministry’s public position as being that an “extra” tax is necessary for Gazprom “as it is earning too much money”.

But he added there was likely another reason behind the move.

He expanded: “[Former President Boris] Yeltsin used to do this in 90s.

“When the Government ran out of money (all the time) the govt used to hit up Gazprom with special taxes to cover shortfall.”

Reports suggest the Kremlin is spending about a billion roubles every hour on the war.

This equates to around £15million.

This equates to more than £6billion.

The monetary cost of the war is reportedly one of the reasons an increasing number of Russian officials are becoming dismayed by the ongoing conflict.

Some Kremlin insiders also recently told Bloomberg they were concerned about the “special military operation’s” long-term impacts for Russia, which they expected to remain increasingly isolated on the world stage for years, if not decades to come.

They added that they could not raise such conners with Vladimir Putin directly because they believe there was “no chance” of changing his mind.

Max Seddon of the Financial Times reported that business leaders and officials did their “utmost” to avoid the subject of the war at the annual Saint Petersburg International Economic Forum last week.

He added in a post on Twitter that when Putin did broach the subject, he received only a “tepid applause”.