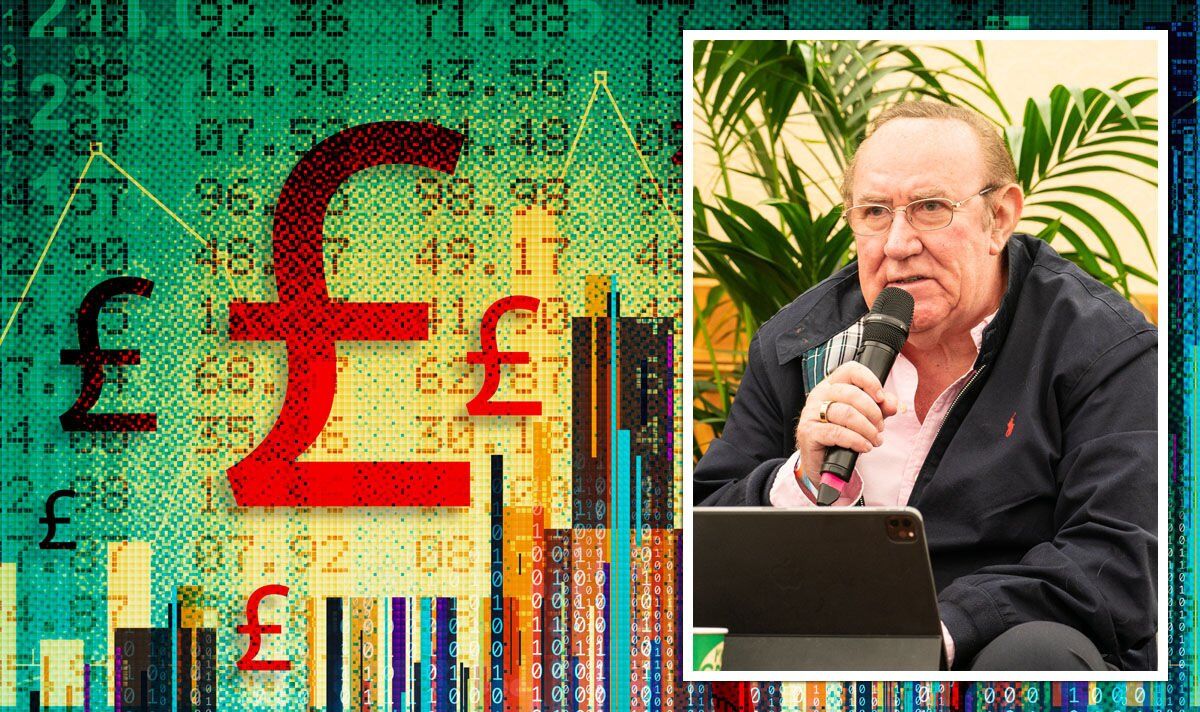 ‘Bank of England has gone over the top!’ Andrew Neil shares economic attack on inflation

The regulatory body, which is responsible for the UK’s monetary policy, recently increased its interest base rate to 1.75 percent – the biggest hike in 27 years – in an effort to control projected spiralling inflation. This comes after the Bank of England (BoE) predicted that the UK would see an eye-watering inflation level of 13 percent in autumn. But some economists have disagreed with the BoE’s assessment, with veteran journalist Mr Neil sharing one such argument by Professor Douglas McWilliams, head of the Centre for Economic and Business Research.

Professor McWilliams said: “The Bank of England has gone over the top on this [inflation]. I don’t think serious economic analysts believe its forecasts any more.”

He added: “The inflation figures are much too high. It was completely wrong when they said there was no problem of inflation building up, so why should we believe them now in the other direction when the money supply is collapsing?”

Chief economist at the BoE until 2021 Andy Haldane accused his former employer of failing to ease the cost of living crisis by not tackling inflation quickly enough.

Albert Edwards, global strategist at Societe Generale, was also disillusioned with the Bank’s decision, and shared Professor McWilliams’ view that inflation was being overstated by the Bank.

He said: “These inflation forecasts are poppycock. Industrial and agricultural commodities are already 30pc off their peak, oil is down, and global liquidity is being withdrawn.

Mr Edwards even went so far as to argue Britain could be seeing deflation in twelve months if the Bank continues down its current strategy. The MPC said energy prices are responsible for the majority of the rise in inflation, with continued COVID supply chain disruption the other significant factor.

The tight domestic labour market, which currently features more vacancies than job-seeking unemployed, is also a factor. The MPC forecast that wages will rise 6 percent this year as employers battle to recruit and retain staff.

However, it warned that as the recession bites unemployment could begin to rise next year from the current 3.8 percent, peaking at 5.5 percent. The MPC justified their decision based on the prediction that the UK is heading into a recession by the fourth quarter of this year.

Rachel Reeves, shadow chancellor, said the forecast was “further proof that the Conservatives have lost control of the economy”.