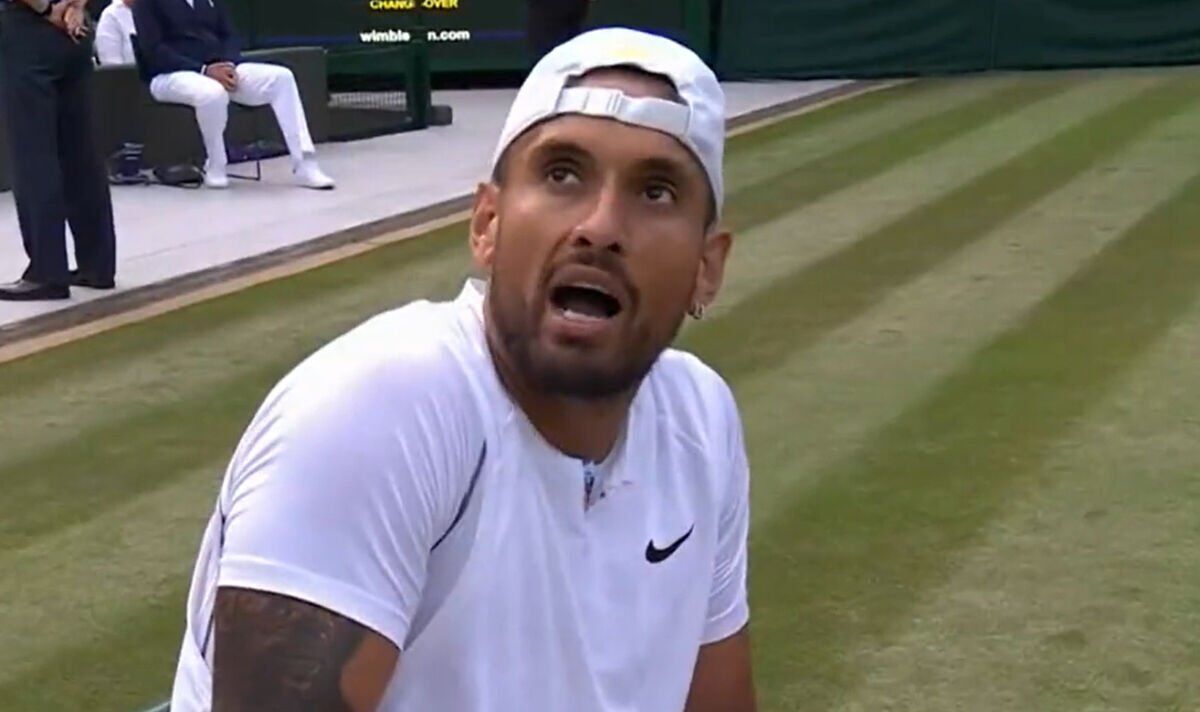 The BBC had to issue an on-air apology after microphones picked up Nick Kyrgios‘ X-rated row with the umpire during his Wimbledon clash with Stefanos Tsitsipas. Kyrgios’ frustration stemmed from a line judge who called ‘out’ mid-rally, only to be corrected by the umpire – the Aussie then went on to lose the point and the game.

Commentators, Kyrgios and the crowd were all somewhat perplexed when the call came midway through a rally in which the Aussie looked to have the upper hand. A clear bounce on the baseline was called ‘out’, and although the umpire corrected, the point still had to be replayed and Tsitsipas turned the tables.

When both competitors returned to their seats for a break, Kyrgios was still visibly upset with the way the game had panned out and quizzed the umpire on why he could not bring in a new line judge. X-rated language was picked up as part of the back-and-forth, which forced the BBC to issue a live apology.

Co-commentator and Kyrgios’ compatriot, Pat Cash, called for the 27-year-old to face precautionary action as a result of his bust-up with officials. “That should be a warning,” he said.

“I don’t know what the umpire was supposed to do? The line judge made a mistake and he corrected the call and played too. He can’t do anything about it, the linesman made a mistake, it happens. If he made three or four, ok, then you say maybe replace the linesman but it was a mistake.”

To rub salt in Kyrgios’ wounds, he went on to lose the first set via tie-break. Tsitsipas, seeded fourth for the tournament, went into the match as the favourite on paper, but Kyrgios has been fired up since the start of the week and is capable of toppling anyone when at his best.

And the Aussie’s SW19 campaign seems to be gathering pace, too, as he followed up a five-set marathon win over Paul Jubb in the first round with a straight-sets demolition of Filip Krajinovic in the second. Kyrgios has made it as far as the quarter-finals at Wimbledon in the past, although that came way back in 2014.

The 27-year-old tends to draw big crowds not only due to his clear talent, but also because of the unpredictability that comes with his matches. The more positive side of that emerged in the first set of his clash with Tsitsipas, in which he effectively deployed a through-the-legs, under-arm serve that his Greek opponent could only fire into the net.

The negative side, however, surfaced in his first-round tie with Jubb, during which he squabbled with members of the crowd and appeared to spit towards a spectator after taking the win. Kyrgios was fined £8,200 for the incident, which he later admitted to in a press conference.

“[I spat] at one of the people disrespecting me, yes,” he said. “I would not be doing that to someone who was supporting me. Someone just yelled out I was s*** in the crowd today. Is that normal?”