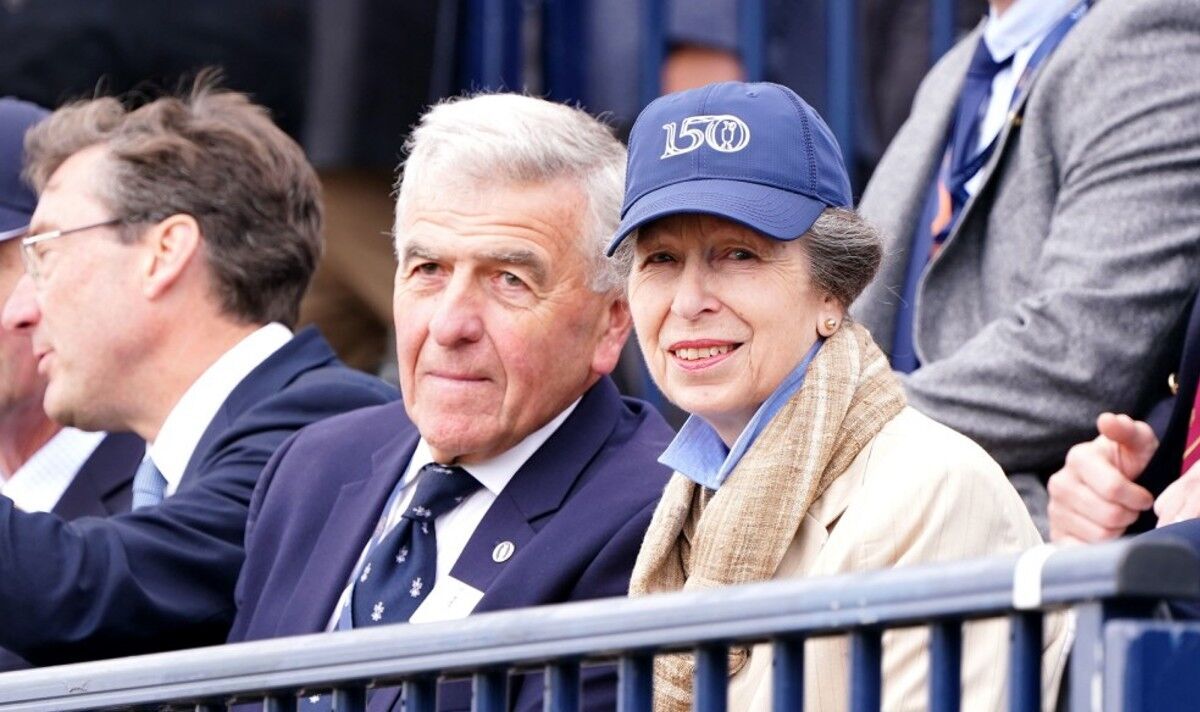 New pictures show the Princess Royal and Ian Pattinson, R&A Chairman of the Board, watching on from the grandstand. The pair are watching by the 1st tee during practice day four of The Open at the Old Course, St Andrews.

In the images, Anne wears a hat commemorating the 150th the Open Championship.

The Open Championship is the oldest golf tournament, and marks its 151st year on Thursday.

Due to the Covid pandemic, the 2020 edition of the tournament was cancelled, making this years event officially the 150th.

It is organised by the R&A, one of the governing bodies of golf worldwide, and formerly linked to the Royal and Ancient Golf Club of St Andrews.

Mr Pattinson, spotted with Anne, is the current chairman of the golf body.

The Princess Royal was made an honorary member of the Royal and Ancient Golf Club of St Andrews in February 2015, just five months after it decided to admit women.

George Macgregor OBE, former captain of the club, said at the time: It is an honour and a privilege for the Royal and Ancient Golf Club to welcome these remarkable women as honorary members.

“The Princess Royal enjoys a strong bond with Scotland and has shown great energy and commitment to developing sport through her work in the Olympic movement.

“They are extremely worthy additions to our roll of honorary members and will become ambassadors for the club as they have been for the sport of golf throughout their careers.”

Mr Pattinson, spotted with Anne, is the current chairman of the golf body.

Dressed in a pale blue jacket and white trousers, Anne looked ready for the sporting event as she took her seat in the stands.

Meanwhile, Timothy, 66, was dressed in a beige coloured blazer and blue trousers.