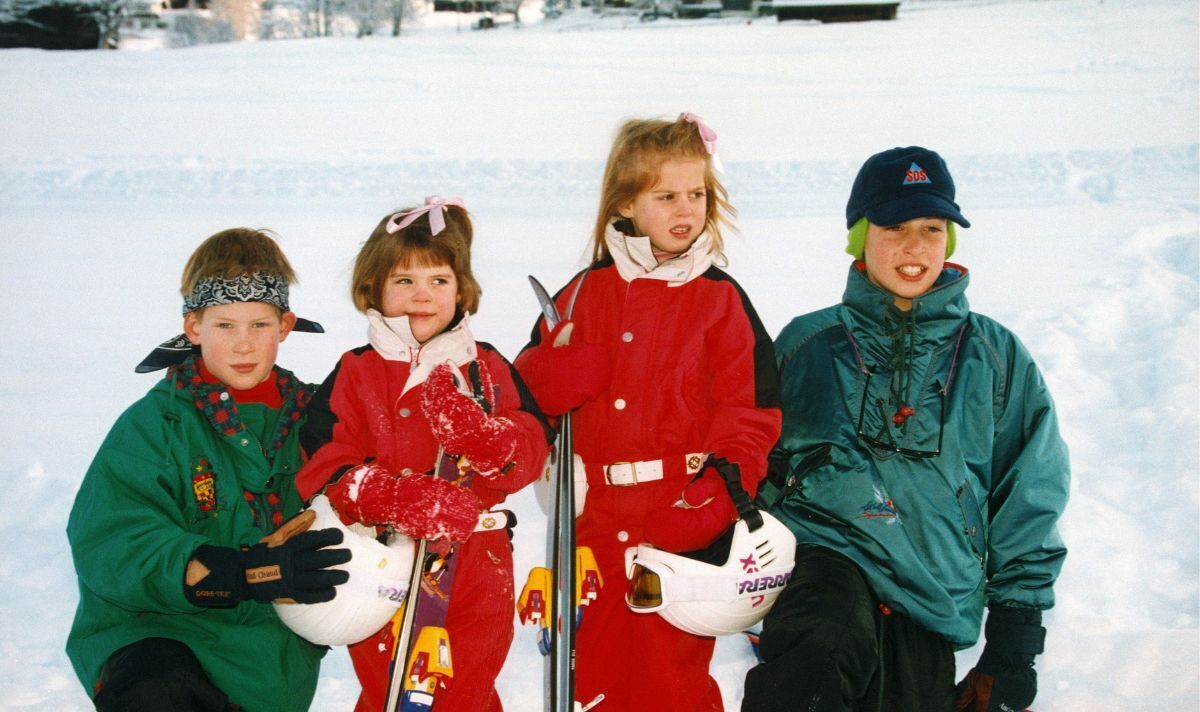 A heartwarming clip from a trip Prince Harry and Prince William went on with their cousins Princess Beatrice and Princess Eugenie has surfaced in Harry and Meghan Markle’s Netflix documentary. The clip was taken from a trip to Switzerland in 1995 when the four were just children. The clip shows press lining up in the snow as the four make their way up the ski slope with their kit.

Prince William was seen “leading the way” as the three followed behind him, as they made their way to a photoshoot.

Princess Eugenie was seen falling over in the snow, as the weight appeared too much for her to carry through the deep snow.

Pictures were then taken of the four children together, with Harry and William standing either side of their cousins.

Prince William was asked how he was enjoying the skiing, to which he responded: “Yes it’s really fun… very good”.

Flashing back to the current day, Harry then speaks to the camera about the experience: “Paparrazi would harrass us to a point where we had to be forced into smiling and answering questions to the travelling press pack.”

He added: “It made me feel uncomfortable from the get go”.

Beatrice and Eugenie were asked if they were “alright” to which they both responded yes in the clip.

Harry then said the press continued “following them around” after the pictures were taken, when they had just wanted to be “left alone”.

He claimed the press waited for one of them to “have an accident” so they could “pull out their camera”, to which he said it was “never fair”.