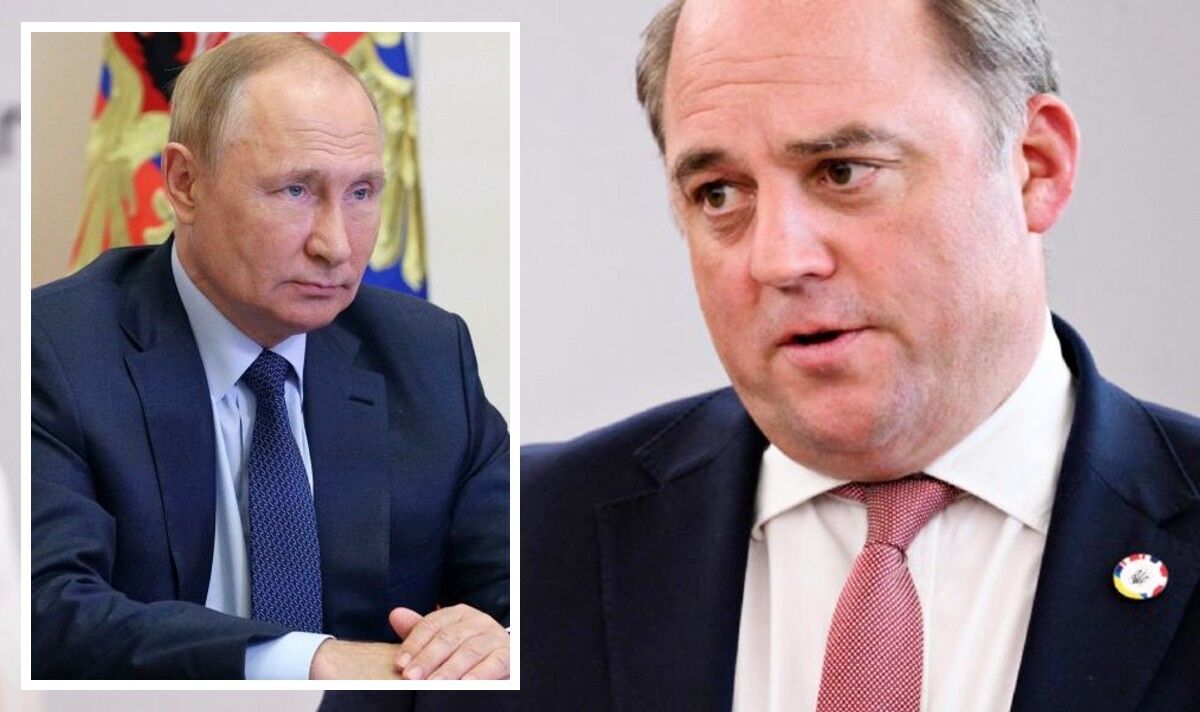 The news comes as the Russian invasion of Ukraine enters its 169th day, with marginal gains being made by Putin’s troops over the last thirty days. Desperate measures has seen Russian troops use a nuclear power plant as a shield, and has seen Moscow resort to inaccurate long-range missiles as close encounters are frustrated with the arrival of the HIMARS system in Ukraine.

The Defence Secretary gave the damming report whilst speaking at a donors conference in Copenhagen yesterday.

Mr Wallace suggested Russian plans were “faltering” and is “starting to fail in many areas” leaving Putin’s plans in disarray.

He also spoke of the devastating losses Russia has suffered since the start of the war, discussing both military personnel and hardware.

Giving his views on the conflict, Mr Wallace said: “They have failed so far and are unlikely to ever succeed in occupying Ukraine.

“Their invasion has faltered and constantly been remodified to the extent they are really only focusing in parts of the south and in the east, a long, long way away from their three-day so-called special operation.

“Three days are now over 150 days and nearly six months in, with huge significant losses of both equipment and indeed Russian personnel.”

Mr Wallace pledged the UK would continue – along with allies – to supply Ukraine with much-needed defensive equipment to hold back Russian advances.

The UK has been largely credited for the supply of NLAW anti-tank missiles, which since the start of the conflict, has more or less wiped out Putin’s tanks fleet in the process.

Speaking of whether supporting nations are becoming impatient with the conflict, Mr Wallace said: “President Putin will have gambled that come August, come a few months in, we will have all got bored of the conflict and the international community would have gone off in different directions.

“Well, today is proof of the opposite.

Aside from providing hardware to Ukraine, the UK has provided training for Ukrainian troops, ranging from combat warfare to front-line emergency care.

Canada, Denmark, Sweden, Finland and the Netherlands have all announced they will be supporting the programme.

Speaking at the conference, the Danish Prime Minister vowed ‘we will not let you down in a show of continued support for the eastern European country.

Denmark said a new contribution of £93m would push the total amount of funding from the country of 5.8m to over £409m.

Speaking via a videolink at the conference, Ukrainian President Volodymyr Zelensky said: “The sooner we stop Russia, the sooner we can feel safe.”

In his nightly video address, Zelensky urged Ukrainians not to divulge details about the country’s military operations.

He said: “If you want victory for Ukraine, then that’s another matter, and you should feel your responsibility for every word you say about what our state is preparing in terms of defence or counter-offensives.”