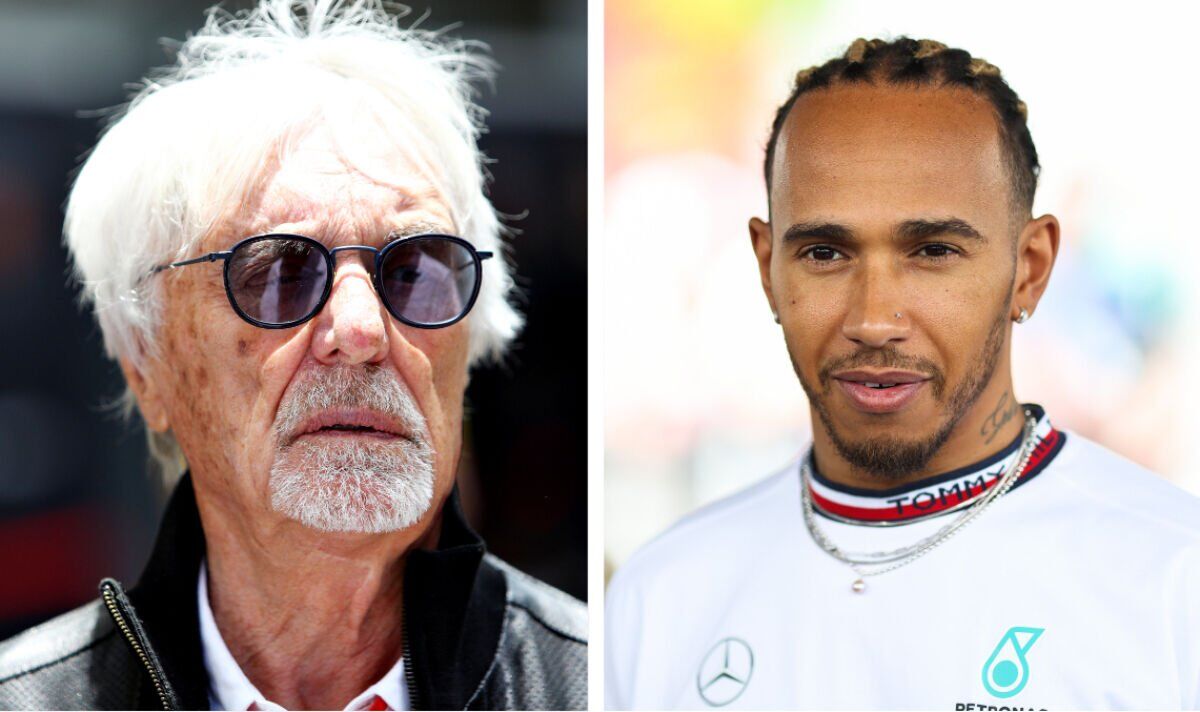 Bernie Ecclestone has fired shots at Lewis Hamilton and has sensationally suggested the Mercedes ace lied about his back pain in the aftermath of the Azerbaijan Grand Prix. Hamilton has struggled to assert his dominance on the track this season as his car has struggled with porpoising issues which arose after teams were forced to redesign their vehicles in the wake of regulation changes over the winter.

Following the Azerbaijan race earlier this month, in which Hamilton was jolted up and down in his car, the 37-year-old appeared to be in huge discomfort as he nursed a back injury after getting out of his vehicle. And the veteran later insisted his pain was “100 times worse” than it looks. But Ecclestone is having none of it.

“All b*******,” Ecclestone responded when asked by the Daily Mail if he really had a bad back. “George [Russell] is taller and if it was going to happen to anyone it would have happened to him. There was a bit of Nigel Mansell about it. At least with Nigel, he would get out of the car and rub his left leg as if he had broken it. Next moment, it would be his right leg.”

Mercedes’ porpoising problems have plagued Hamilton at virtually every Grand Prix this year and he has only been able to finish on the podium in two of the first nine races. And following the Azerbaijan contest, Hamilton appeared particularly disillusioned as he insisted he was only able to get to the end by “biting down my teeth with pain and just adrenaline.”

“Toto is getting a bit fed up with Lewis,” added the 91-year-old. “Lewis might sell his position to Toto. ‘This is how much I am getting, I’ll step down and give me half of what I would get.’ Toto can go and do one of his magic deals, offer someone less money and keep £20million.

“Nobody needs to tell Toto this because he has already thought of it. Lewis would probably stop under those circumstances.”