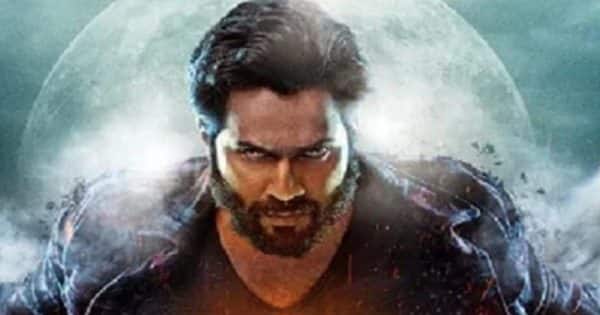 Bhediya Movie Review: Varun Dhawan-Kriti Sanon starrer is a fine combo of comedy and drama; seeti-maar surprise entry is worth it

Ichadhari naagin toh sunna hoga but yeh ichadhari Bhediya kya hai? Varun Dhawan, Kriti Sanon, Deepak Dobriyal, Abhishek Banerjee starrer Bhediya is your answer. Bollywood has been trying hard to make something substantial, go beyond the boundaries and match up to the levels of other industries. Bhediya is an attempt to meet the audiences’ expectations of thrill and drama that has gone missing. Directed by Amar Kaushik, Bhediya is the third installment in Dinesh Vijan‘s horror-comedy series that started with Stree. The second one was Roohi starring Janhvi Kapoor and Rajkummar Rao. Unlike the first two, Bhediya cannot be called as a horror film though. Rather it is a creature film with the tadka of Bollywood. Is Bhediya worth watching? Scroll on to know.

What is it about?

Bhediya revolves around a contractor named Bhaskar who is pretty ambitious in life. Harriparti (money) is all he can think of and he’s willing to do anything to earn money. He has acquired a contract to take charge of a road that has to be built from within a forest. He travels to the beautiful location of Itanagar, capital of Arunachal Pradesh where he has to get the locals and tribals on-board to co-operate in building of the road. Trees are to be cut, jungle has to be dissolved, wildlife has to be hampered for his ambition. Giving him company on this mission is his cousin JD and a friend Jomin. Little did he know that Prakriti (nature) has its own way to create balance in the world.

Bhediya is a perfect combo of comedy and drama. Varun Dhawan has made an honest effort to experiment and try something new whilst keeping his comic timing intact. He has managed to get the feel right and pour it out on the screen The script writers of the film have done a kick-ass job when it comes one-liners and punch lines. There are times when you’ll be rolling on the floor laughing. The references to trending phrases like that of Shehnaaz Gill’s – ‘Meri koi feeling nahi hai kya, toh kya karun mein, marjaun?’ are finely incorporated. A wolf responding to Himesh Reshammiya‘s Tera Suroor while in boxers on a full moon night is definitely hilarious. Kriti Sanon plays the role of a Veterinarian who adds the charm and elegance that the film deserves. Abhishek Bannerjee is the heart of the film. His comic timing and acting chops make Bhediya an out-an-out fun and entertaining film. He captivates the screen like no other. There are quite a few elements in the film that deserve attention. First of all, the scenic beauty of Arunachal Pradesh is enthralling. As the film is in 3D, you get all the feels of being amidst the serene nature. At times you feel that you are in BBC Earth with close up shots of wildlife creatures and it’s beautiful. The VFX of the film is commendable. The transition of Varun Dhawan from a human to wolf is tastefully done. Above all, keeping the comedy and drama aside, Bhediya delivers strong social messages in the most subtle way possible and that hits the right nerve. As it is shot in Arunachal Pradesh, the makers have tried to keep the peculiarities of the state, its culture and more intact by opting for the side characters that belong and look their role. There is a surprise cameo of two stars in the end that will literally make you jump up from your seets. We won’t reveal the names to avoid spoilers.

The first half of the film progresses at a slow pace and it appears a little stretched in a few scenes. However, by the second half, the drama picks up and then it’s pure entertainment. I wish there were more scenes for Kriti Sanon to showcase her talent as the actress has shown a significant progress in her acting graph since her debut film. But she does leave a mark even though she has less screentime. The end though unexpected is quite predictable. The songs did not do any justice to the film and rather the background score kept reminding me of Stranger Things.

Bhediya is a one-time watch film but only if you watch in 3D. BollywoodLife gives Bhediya 3 stars.