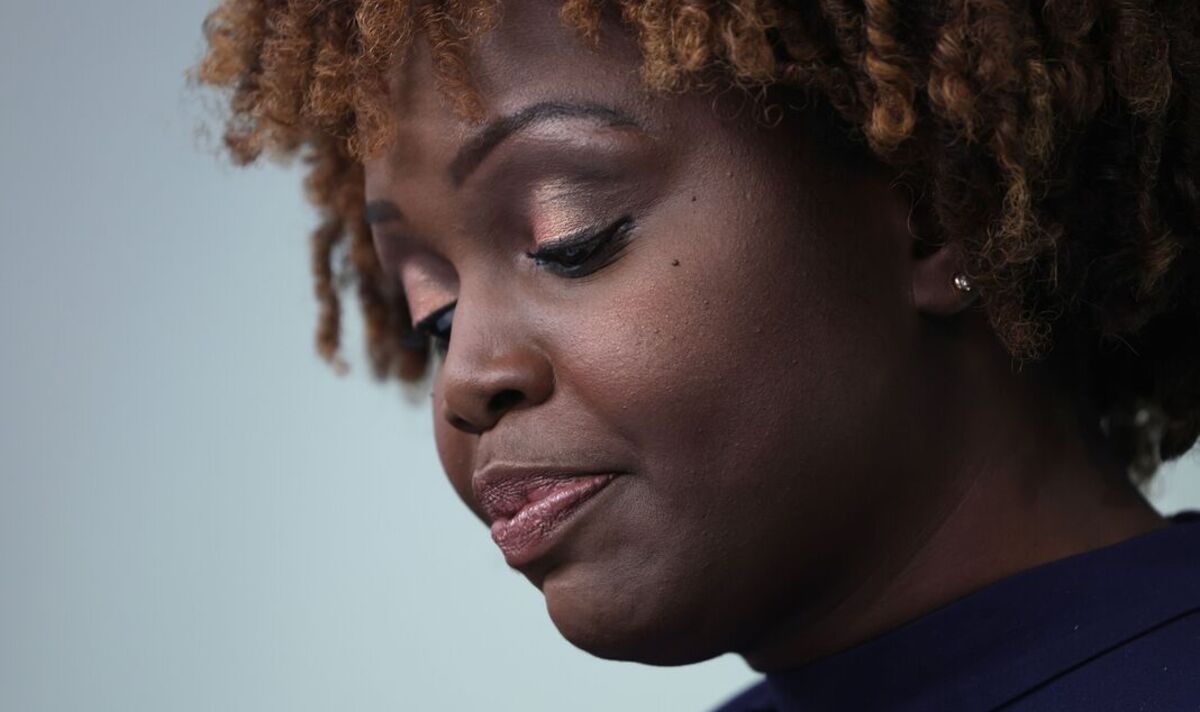 Biden ‘gashing us at pump for months!’ Jean-Pierre fact-checked after GOP swipe

The White House Press Secretary kicked off her daily press briefing on Monday suggesting Republicans would usher in higher gas prices after Joe Biden touted falling prices only hours earlier. Karine Jean-Pierre claimed House Republicans would force American families into more struggle by voting in support of increasing the cost of gas. But Biden’s Press Secretary was quickly fact-checked as conservative commentators reacted with fury at her claims.

Jean-Pierre said: “As many of you are tracking this week, House Republicans will vote to raise gas prices on American families.

“The contrast in priorities could not be more stark, but the president spent the last two years, as you know, doing everything he could to lower gas prices for American families.

“And prices are down about $1.60 a gallon since last summer. Now, House Republicans are using their narrow majority to force the American people to pay higher gas prices, just as big oil companies are amassing record profits.”

Townhall.com leading analyst Matt Vesta said: “She did not just say this… your boss has been gashing us at the pump for months.”

Writer Doug Powers noted: “They somehow manage to get more shameless by the day.”

He wrote on Twitter: “Gas prices are down around $1.60 a gallon from their peak this summer – and my Administration will keep working to lower costs for American families.”

But Republicans National Committee (RNC) lead researcher Tommy Pigott pointed out the inconsistency between Biden’s pack on his own back to the struggle many Americans are still facing at the pumps.

Pigott said: “Gas prices are up $1.03 a gallon from when Joe Biden took office.