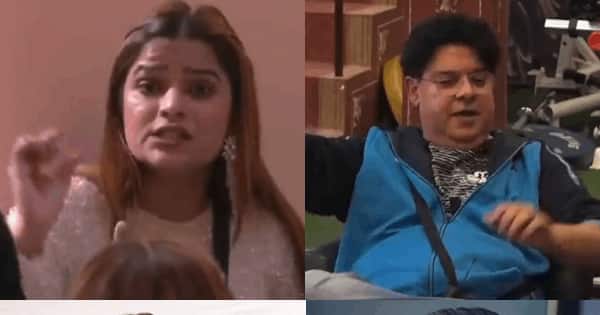 Bigg Boss 16: Gauahar Khan, Rahul Vaidya side with Archana Gautam in her fight with Sajid Khan; slam the filmmaker for his abusive language

Fights, fights and more fights – that’s all Bigg Boss 16 is all about. Every day a new fight brings the house down with the housemates screaming at the top of their voices. In yesterday’s episode, Archana Gautam and Sajid Khan had a massive fight. It started with Archana taunting Sajid Khan that he was not a fair captain. It went on to a level that both of them started abusing each other. Sajid Khan said ‘Kisi ka baap chala raha hai Bigg Boss’ and from thereon, all hell broke loose. Archana Gautam made a remark about Sajid Khan’s father and the filmmaker lost it. So much so that he abused her and made comments about her mother. Also Read – Bigg Boss 16: Tina Datta gets trolled as ‘Pisachini’ by VJ Andy for ‘Mere Liye Kapde Nikalta Hai’ comment [View Tweet]

Ex-contestants Gauahar Khan and Rahul Vaidya took to their respective Twitter handle to slam Sajid Khan for his abusive language. They stated that Archana Gautam was not wrong this time and Sajid Khan made below-the-belt remarks. They rip apart Sajid Khan calling him elitist and questioning how is this even acceptable. Also Read – Bigg Boss 16: Fahmaan Khan and Sumbul Touqeer finally reunite as the actress breaks down; fans say, ‘You are a saviour’ [Read Tweets]

Ex-contestants VJ Andy and Urvashi Dholakia too also commented on yesterday’s fight and took the side of Archana Gautam. Also Read – Dharam Patni: Will Fahmaan Khan tie the knot soon? This is what the Imlie hunk said [Exclusive]

Wait did I see this correctly?!
Did #SajidKhan say to #ArchanaGautam?
‘Teri Ma k* Ch**t’ & call her a ‘R**di’?!
I cannot believe no one stood up to that nasty casting couch #MeToo dirtbag #SajidKhan what’s wrong with contestants #BiggBoss16 ?
Hope #SalmanKhan? will dash him!

And just to set the record straight Archana hasnt changed one bit since day one!She has been exactly this way.But clearly others have changed. Peacemaker Sajid evidently has taken a 360* turn in behaviour. Why now ?Coz her game has turned on him ? @ColorsTV @VootSelect @justvoot

What will be the result of this over the Weekend Ka Vaar? Will Salman Khan bash Sajid Khan or Archana Gautam?