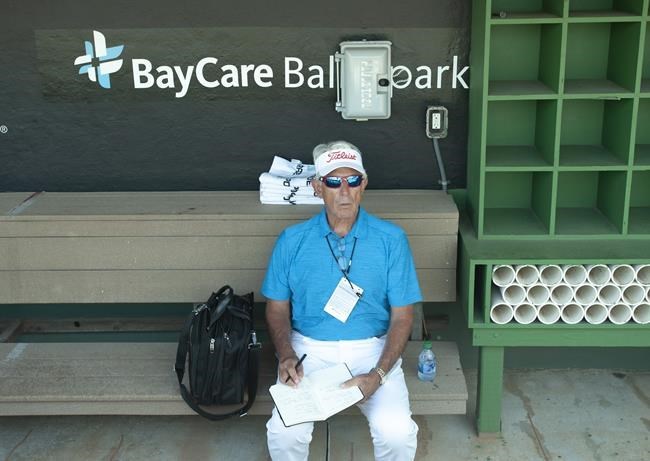 TORONTO — Veteran Blue Jays broadcaster Buck Martinez is set to make his return to the booth tonight when Toronto takes on the St. Louis Cardinals.

Martinez, 73, stepped away from the job in mid-April after being diagnosed with cancer. He has since completed his treatment for the disease.

His ties to the Blue Jays date back to 1981 when he started a six-year stint as one of the team’s catchers.

He was hired as the Blue Jays’ manager in 2001, but was fired midway through his second season after compiling a 100-115 record.

He first stepped behind the microphone in 1987 as a colour commentator for Jays games on TSN.

This report by The Canadian Press was first published July 26, 2022