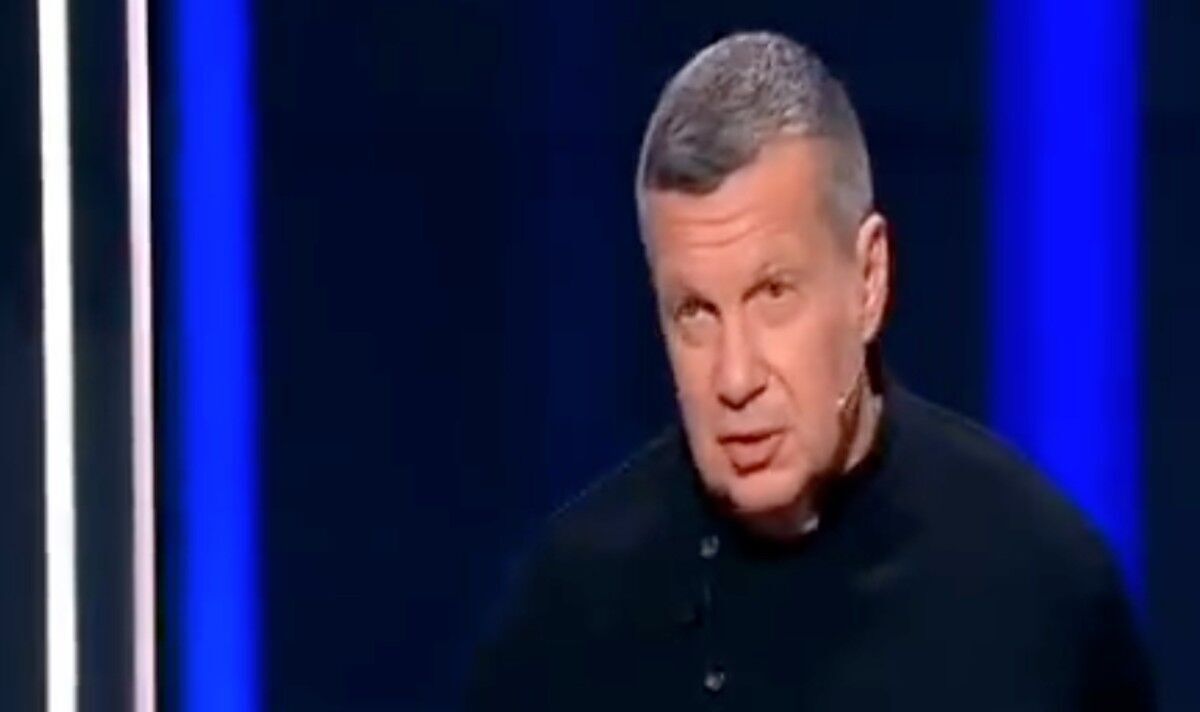 Boris and Truss mocked in Russia TV rant amid UK general’s WWIII warning ‘All so comical!’

Prime Minister Boris Johnson and Foreign Secretary Liz Truss have been slapped down on Russia state-owned TV by pundit Vladimir Solovyov. The pro-Kremlin presenter flew into a rant in response to British General Sir Patrick Sanders warning his troops “we must prepare the Army to fight in Europe once again,” amid the conflict in Ukraine. Solovyov took aim at Mr Johnson and Ms Truss, branding the pair “comical” and “parodies” of Britain’s past wartime leaders.

Solovyov told Russia1: “The head of the UK Armed Forces, Sanders, wants to create an army capable of defeating Russia.

“But obviously, Britain won’t succeed at that on its own under any circumstances.

“But as is often the case, the British make loud war cries, but from behind other people’s backs.”

He added: “Getting out and doing some actual fighting on their own behalf – well, it’s not Waterloo anymore, they aren’t very eager to do that.

“The UK is led not by Winston Churchill these days, but by a pathetic shaggy-haired parody of him.

“And it’s not at all the Iron Lady waiting in the wings, but a poor parody of her in a furry hat.

“Let’s put it that way because that’s what Liz Truss was wearing when she had a photo session, although the weather was fairly hot, on Red Square.”

Ukraine acknowledged that Moscow had success in Toshkivka and said the Russians were trying to gain a foothold there to make a breakthrough into the wider, Ukrainian-held pocket of the eastern Donbas region.

It also confirmed a Russian claim to have captured on Sievierodonetsk’s eastern outskirts.

“Obviously, this week we should expect from Russia an intensification of its hostile activities,” President Zelensky said in a Sunday nightly video address. “We are preparing. We are ready.”

In Odesa, Ukraine’s biggest Black Sea port, a food warehouse was destroyed in a Russian missile attack on Monday, the Ukrainian military said. No civilians were reported killed.