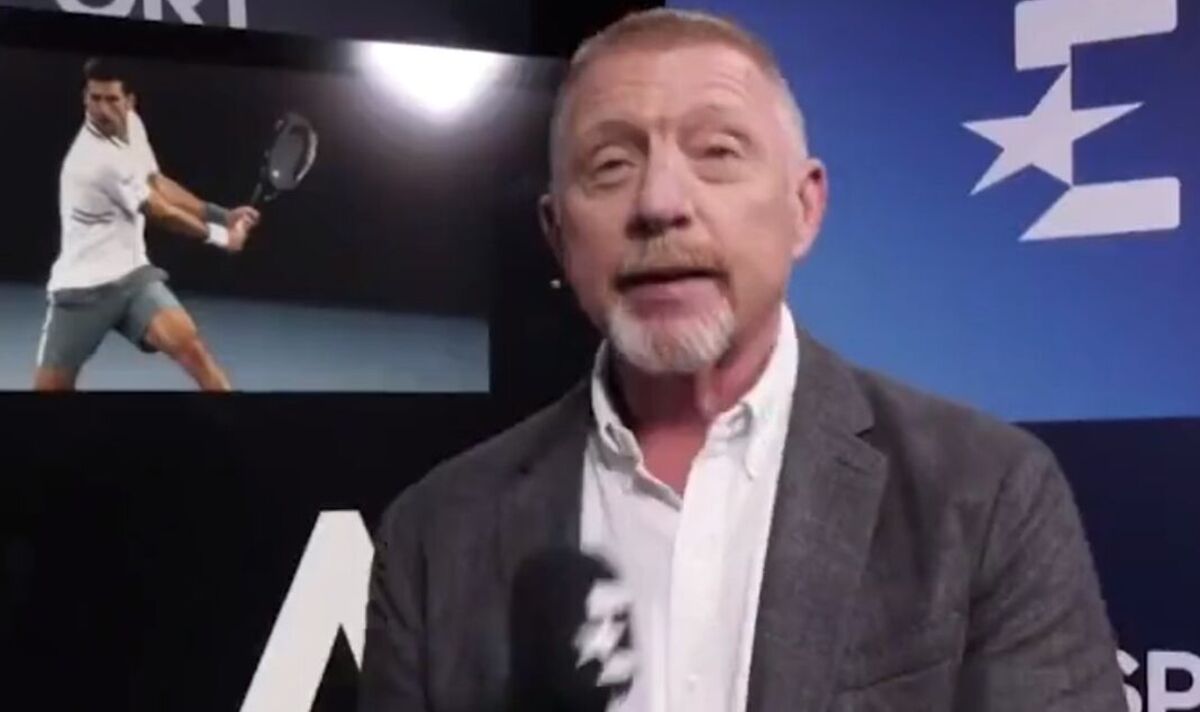 Boris Becker has claimed Novak Djokovic “thrives” on noise and emotion as he prepares to return to action amid another controversy at the Australian Open. The Serbian superstar was deported last year and has been heckled in two matches by fans in the Rod Laver Arena.

But the nine-time champion here will play his 44th Grand Slam semi-final against Tommy Paul on Friday against the backdrop of his father posing with pro-Putin Russian fans. Tournament organisers issued a statement earlier today to remind “players and their teams” about the ban on Russian and Belarusian flags and symbols at the first Grand Slam of the year.

He is now only two wins away from equalling Rafa Nadal’s male record of 22 Grand Slam singles titles but crowd reaction to him – and his family – will again be in the spotlight. But his former coach Becker claimed the noise helps players to perform at the Australian Open – especially the Serb.

“It’s a theatrical play on the court, where you want to entertain your spectators,” Becker said on Eurosport Germany’s Matchball Becker show.

“You need the feedback. The louder and more emotional it is the better for the performances of the players – and Djokovic, in particular, thrives on that.”

Djokovic reported he has suffered no problem with his injured left hamstring in his ruthless wins over Alex De Minaur and Andrey Rublev in the last two rounds. And after extending his winning streak here to 26 matches here, he looks unbeatable at his most successful Grand Slam.

“I’m not surprised, but repeatedly impressed that he is able to deliver his performances again and again,” Becker added. “He has been on the tennis tour for quite a few years now, and he has been a bit injured physically – that he always finds the motivation and the strength to play his best tennis right on the dot is impressive.

“The most important thing is that he doesn’t let that impress him now – the semi-final is coming up and he must not look to the future too euphorically.

“He must tick off the match now, relax a bit tonight, and then concentrate on the next match from tomorrow.”

Djokovic has only been broken three times in his first five matches here. “At the beginning of his career, the serve was a weakness in his game,” Becker said. “But he has understood over the years that the serve is important, and has also worked on improving it – and now it is his strength.”

World No 35 Paul is bidding to become the first American to reach the final here since Andre Agassi in 2003.

Paul, who is bidding to defeat a top-five player at a Grand Slam for the first time, said: “I saw him (Djokovic) in the locker room after I finished my match. He said: ‘Congrats’. Not too much. I’m sure we practised before. But, we never played a match against each other. Obviously he’s pretty comfortable here in Australia. It’s going to be a challenging match.”