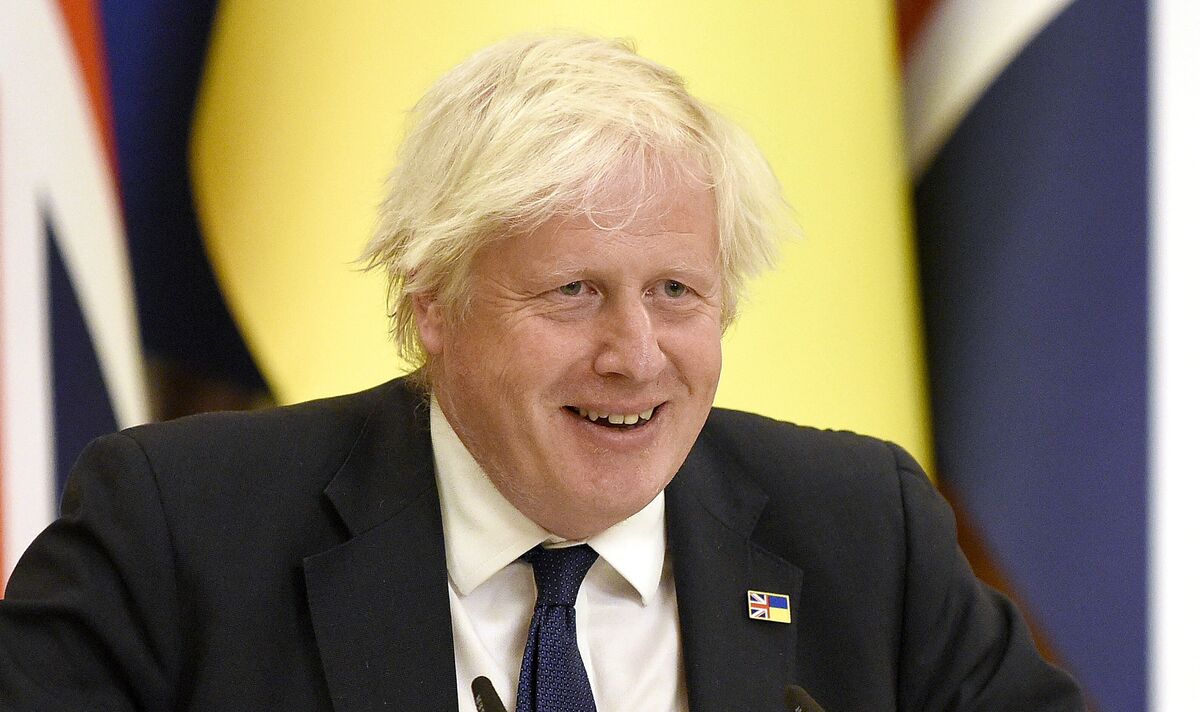 The former Prime Minister has been a staunch supporter of Ukrainian President Volodymyr Zelensky in the wake of Vladimir Putin’s invasion on February 24. He famously visited the Ukrainian capital in August, when he was given a tour by Mr Zelensky as well as meeting Mr Klitschko, the former world heavyweight boxing champion.

He also unveiled £54million in military aid for Ukraine, as well as pledging to supply 2,000 drones and anti-tank artillery.

He said: “The Kyiv City Council approved the decision to confer the title of Honorary Citizen of Kyiv on Boris Johnson, a great friend of Ukraine.

“Boris repeatedly visited the Ukrainian capital – both in peace and in the most dramatic time of our struggle against the Russian aggressor.

“Johnson has done and, I am sure, will continue to do everything possible to ensure that Great Britain and world leaders provide the necessary assistance to Ukraine.

“Thanks for support! We are waiting in Kyiv again to present this honourable award.”

Mr Johnson made an indirect reference to the Klitschkos during remarks made a joined press conference with Mr Zelensky on August 25 when he said: “When you rang me at 4 in the morning on that grim day in February and you told me the news that we had been dreading that Putin had been so insane as to invade a sovereign European country, I told you then that we were shoulder to shoulder with you and that is as true today as it was in that horrific moment.

“And I can also tell you that when we met in the high security room in Downing Street to try to understand what was happening, we were filled with foreboding.”

JUST IN: Women brutally flogged by Taliban in football stadium

He added: “We just did not see how this innocent and beautiful country could repel an attack by more than 100 Battalion Tactical Groups, when the suffering and the casualties would be so immense. But you did.

“And like one of those indomitable Ukrainian boxers for which this country is justly famous, you came off the ropes and you hit him with an upper-cut that sent Putin’s armies reeling from Kyiv and then a hook to drive them from Kharkiv.

“And it became ever clearer to the world that he had fatally underestimated the grit, the will, and above all the price that you were willing to pay to defend the country you love.”

Russia this week targeted multiple cities in Ukraine – including the capital – with airstrikes which knocked large sections the country’s power grid offline.

The Defence Secretary said the Russian president is targeting Ukraine’s power grid and other civilian infrastructure to “mask” his military failures.

Speaking during a visit to a shipyard in Glasgow on Friday, he said Ukrainians must “press the momentum to keep pushing Russia back”.

He added: “On the civil front, they’ve got to protect that national infrastructure that Putin is deliberately targeting in the hope that he wrecks their economy and it means they struggle very greatly during the winter.”

He noted the illegality of targeting civilian infrastructure under international law, adding that “we’re not going to let that type of bullying and brutality be successful”.

Mr Wallace continued: “Part of this targeting does show he’s got a sense of desperation that his army is not being successful.”