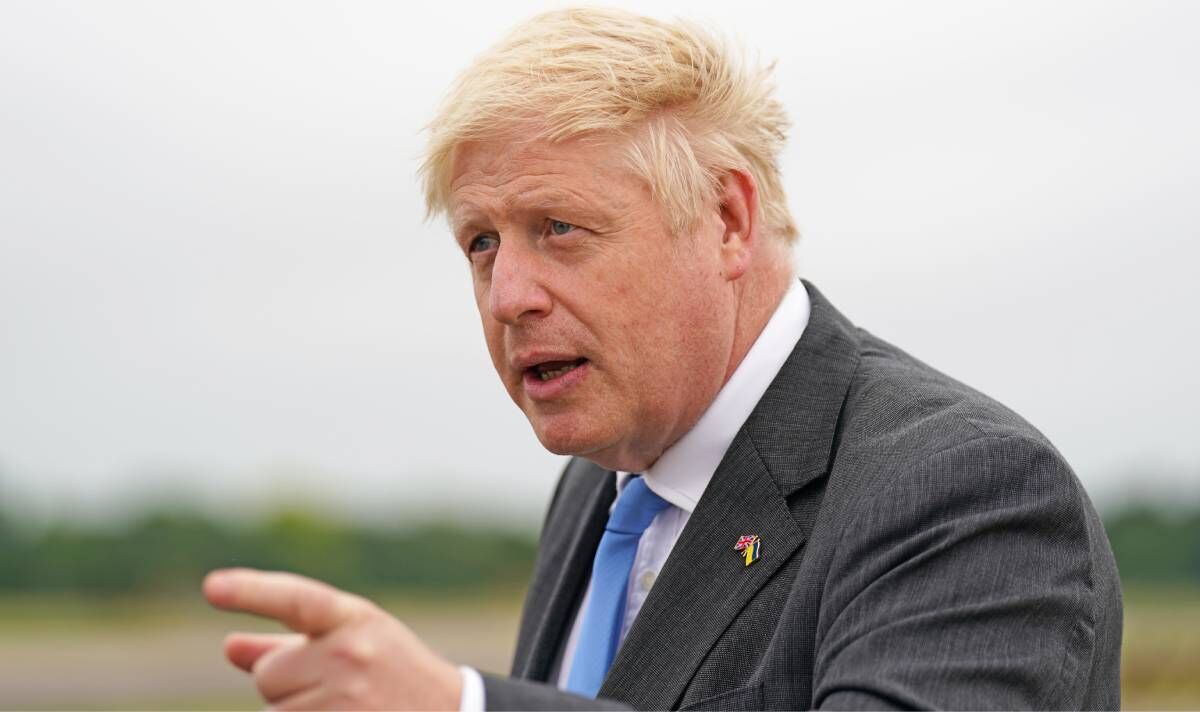 The Prime Minister said he wants a series of international summits starting this week to secure vital fresh political, military and financial support for Kyiv.

French President Emmanuel Macron faced a backlash earlier this month when he said Putin should be given a way out rather than humiliated over the invasion.

But Mr Johnson told his Cabinet any attempt to make concessions to the Russian president would lead to “disaster”.

Mr Johnson will travel to Rwanda tomorrow for a meeting of Commonwealth leaders before attending the G7 and Nato summits next week.

Downing Street said he told Cabinet there was a “risk of growing fatigue around the conflict” in Ukraine.

“He said it was vital to remember that the Ukrainians are fighting for freedom and that the UK would be steadfast in supporting them.

He said we must not allow anyone to believe that making concessions to Putin would lead to anything but disaster,” a spokesman added.

“He said it would embolden not just Russia but their allies and have an impact on UK security and on our economy.”

Mr Johnson will use the summits to discuss problems in food supplies from Ukraine that are hitting countries with very high food insecurity in the Middle East and Africa.

He said the UK should play its part and offer leadership to set out financial assistance for the most vulnerable; “drain the grain from Ukraine” and work with partners to bring down prices.

Unaccompanied Ukrainian children and teenagers could be allowed to come to the UK under changes expected to be announced tomorrow.

Home Secretary Priti Patel is expected to announce that children and teenagers will be allowed to come to the UK if they have permission from a parent or legal guardian and the Ukrainian government.

Current Home Office guidance states that under-18s can only come to the UK via the Homes for Ukraine scheme if they are travelling with their parent or legal guardian, or reuniting with them here.

It is understood the UK Government is exploring whether the Homes for Ukraine scheme could be safely opened up to more children, amid the ongoing Russian invasion of Ukraine.

A government spokesman said: “It is tragic that children have been caught up in Putin’s war.

“We have a responsibility to keep children safe and, as the public rightly expect, we have put robust processes in place to protect them once they arrive in the country, working closely with councils throughout.

“Only under-18s who are travelling with, or reuniting with a parent or legal guardian in the UK, are currently eligible for Homes for Ukraine but as we have always said, we keep eligibility for all our schemes under review.”