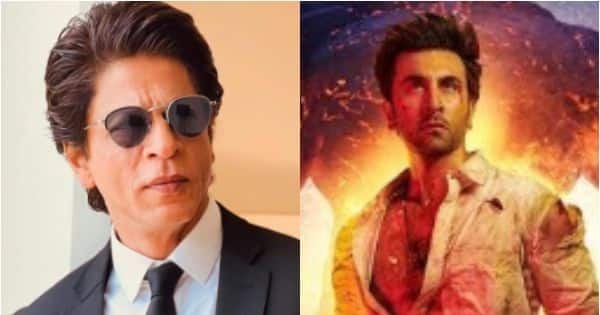 Ranbir Kapoor and Alia Bhatt‘s Brahmastra has made a lot of noise. The trailer of the movie was unveiled on June 15, 2022. The film is coming on September 9, 2022. The film is made on a huge budget, and the promotional activities are also being discussed in detail by Karan Johar, Ayan Mukerji and co. As we know, Shah Rukh Khan also has a cameo in Brahmastra. It seems his character plays a huge role in taking the narrative ahead. As per a report in Bollywood Hungama, the makers had toyed with the idea of involving Shah Rukh Khan in the promotions of the film. It seems a slew of activities have been planned around the sci-fi cum mythological film. Also Read – Trending OTT News today: Kamal Haasan’s Vikram premiere deets, Ranveer Vs Wild trailer release date, Koffee With Karan 7 guest list and more

The makers’ team were wondering if Shah Rukh Khan could attend one of the promotional events of the movie. Shah Rukh Khan has been missing from such events for a long time. Being one of the biggest stars in India, his presence would boost like the promotions like none other. But it seems Shah Rukh Khan refused the offer politely. Bollywood Hungama said that he understood the intention of the makers given it is a labour of love for Dharma Productions. Brahmastra is being compared to global movies, and they want maximum reach for the film. The source was quoted as saying, “However, he doesn’t think it’s a good idea for him to attend the promotions of Brahmastra. He felt that they have enough on their plate to excite the audiences, be it music, grandeur, presence of talented actors etc. Also, he wants to keep away from events and media glare for the time being.” Also Read – Trending Hollywood News Today: BTS Jungkook-Charlie Puth’s Left And Right teaser floors fans, Amber Heard’s tell-all book after losing against Johnny Depp and more

Fans who are hoping to see Shah Rukh Khan might have to wait till December or January 2023 before the release of Pathaan. The superstar is the main lead of the movie. Siddharth Anand is the director of the big budget action film, and Shah Rukh Khan wants to go all out to promote it. Karan Johar, Ayan Mukerji and co understood his point of view and have decided to stick to promotions with main cast of Brahmastra. Also Read – Shweta Tiwari’s daughter Palak Tiwari is dating The Archies actor Vedang Raina and NOT Ibrahim Ali Khan

The trailer has got mixed reactions so far. The movie also stars Mouni Roy, Amitabh Bachchan, Nagarjuna and others.