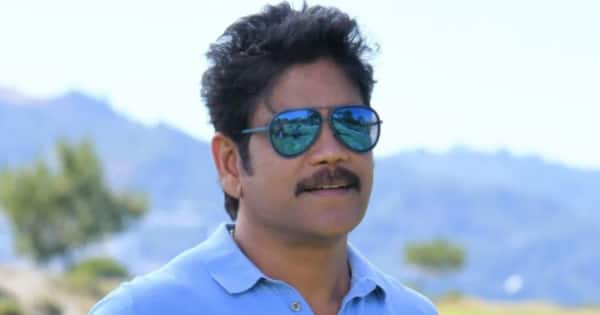 It was Nagarjuna Akkineni‘s birthday yesterday. The handsome hunk turned 63! Can you believe it? The Bigg Boss Telugu host seems to be ageing backwards and how! Nagarjuna’s fans celebrated his birthday with gusto as they do every year. From organising Twitter trends to honouring him and showering him with love on his birthday. Nagarjuna got messages and calls from his family, friends and well-wishers throughout the day and the actor felt really touched by all the love pouring in for him. And now, the Brahmasta actor has a special message for the fans and a promise as well. Also Read – Allu Arjun, Nagarjuna Akkineni, Nayanthara and more South Indian actors who are proud owners of private jets; view inside pics

Nagarjuna Akkineni shot a special video thanking all the fans for their heartfelt wishes and messages for him on the occasion of his birthday. He revealed he was touched by all the social media campaigns that were organised to make him feel special on his special day. And along with that, Nagarjuna Akkineni promised to keep entertaining fans through his films and other projects. He shared that September and October is going to be a crazy ride as he has not just Bigg Boss but also Brahmastra and later The Ghost. Nagarjuna Akkineni himself is pumped up about his projects and cannot wait to entertain y’all. Check out the video here: Also Read – South News Weekly Rewind: SS Rajamouli upset with Ayan Mukerji, Kamal Haasan’s Vikram full movie leaked online and more

Nagarjuna Akkineni’s wife Amala Akkineni took to her social media handle and posted a snap of the handsome hunk’s birthday celebrations. Nagarjuna, Akhil and Amala posed for the picture which included cakes as well. The said that the special day need to end on a special note and wished her ‘darling husband,’ on his birthday. She also thanked the fans and well-wishers for their blessings and love. Also Read – Jacqueline Fernandez loses Nagarjuna Akkineni’s The Ghost due to Sukesh Chandrashekhar controversy? Here’s the truth

Nagarjuna plays Guru in Ranbir Kapoor and Alia Bhatt starrer Brahmastra. It’s an Ayan Mukerji film which also other Bollywood stars. His next is The Ghost by Praveen Sattaru.