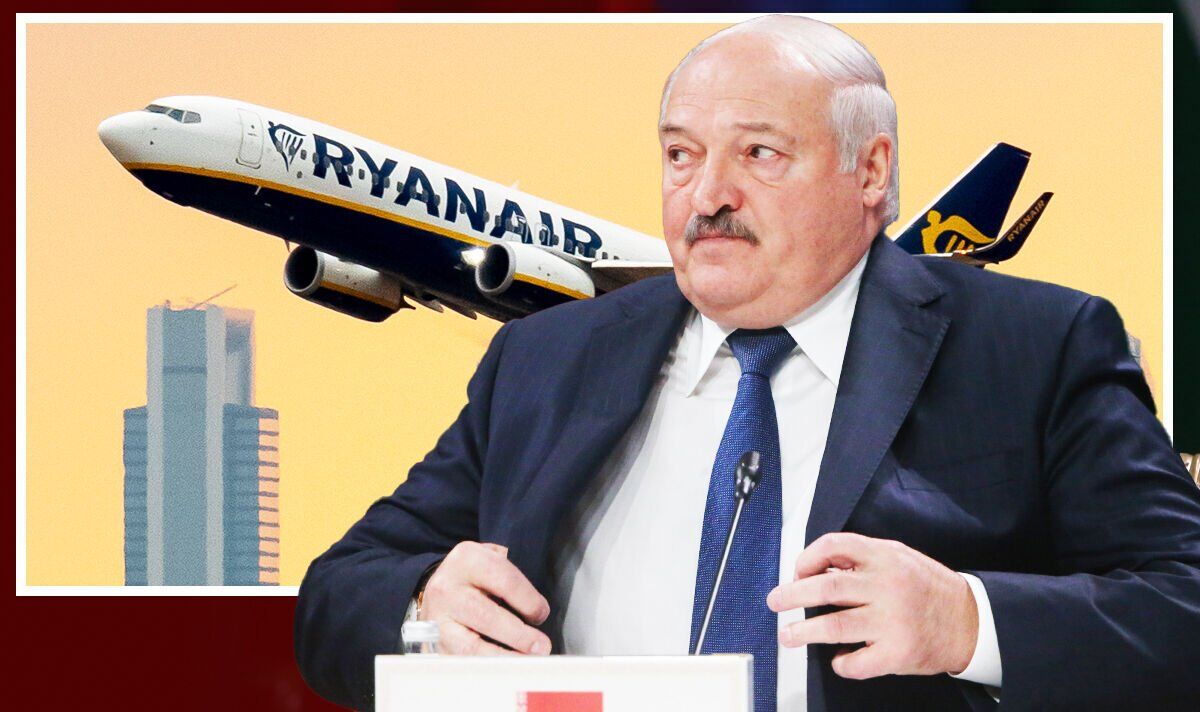 Belarus sent a fake bomb threat to a Ryanair flight to force the jet to land so an opposition journalist could be arrested. Roman Protasevich, his partner Sofia Sapega and fellow passengers had been flying over Belarus on their way from Athens to Vilnius.

Authorities in Belarus sent the false bomb threat to Ryanair flight FR4978, forcing the aircraft to land at Minsk airport.

The threat led the jet’s pilots to follow mandatory safety protocols and land the Boeing 737-800 in the Belarusian capital.

But an independent investigation into the episode shows the threat was sent to the aircraft before an email announcing the so-called “bomb threat” was even sent to Minsk airport.

Ambassador Barbara Woodward, the UK’s Permanent Representative to the United Nations in New York, told the Security Council today Belarus’s actions endangered the lives of all those on board the jet.

She said: “So the Lukashenko regime has broken international law, created a major risk to the safety of innocent passengers and undermined aviation safety more broadly – proving itself to be entirely irresponsible on the issue of international peace and security.

“And for what? All to silence an opposition journalist, further stifling any semblance of free speech left in Belarus.”

The findings of the investigation into the fake terror threat to flight FR4978 were presented to the UN’s Security Council today (October 31).

DON’T MISS:
Gabby Logan breaks down over husband’s cancer as she gives update [LATEST]
Prince Harry to return to UK to promote book at Christmas [REVEALED]
Eco-protester confronted by member of the public [REPORT]

At the time of the incident, Belarus sparked international outrage and was hit with sanctions by the European Union.

Dame Barbara called on Belarus to hold accountable the people responsible for the fake terror threat sent to the aircraft on May 23 last year.

She also concluded what happened has since been made more serious by Belarus acting as a staging ground for Russia’s invasion of Ukraine.

The move could bolster Russia’s struggling war effort in Ukraine by providing training grounds in Belarus for newly mobilised soldiers, something Western analysts have flagged as a logical step for Moscow at a time when its army is stretched and depleted.

Lukashenko allowed Russian President Vladimir Putin to use Belarusian territory as a platform for the February 24 invasion. However, he has refrained from committing his army to fight alongside Russia’s in the eight-month-old war.

The Belarusian dictator has said he expects 9,000 Russian troops to be deployed in Belarus as part of a joint military grouping he announced on October 10.

Neither side has disclosed how many are in Belarus now or how the joint force will be deployed.

Its creation appears at least partly aimed at forcing Ukraine to beef up security near its northern border with Belarus and diverting forces from its front lines with Russia in the south and east.

The “First Pool” Telegram channel said Lukashenko had signed a decree approving a draft agreement with Moscow to establish joint training centres for military personnel, but the agreement was subject to further negotiations.