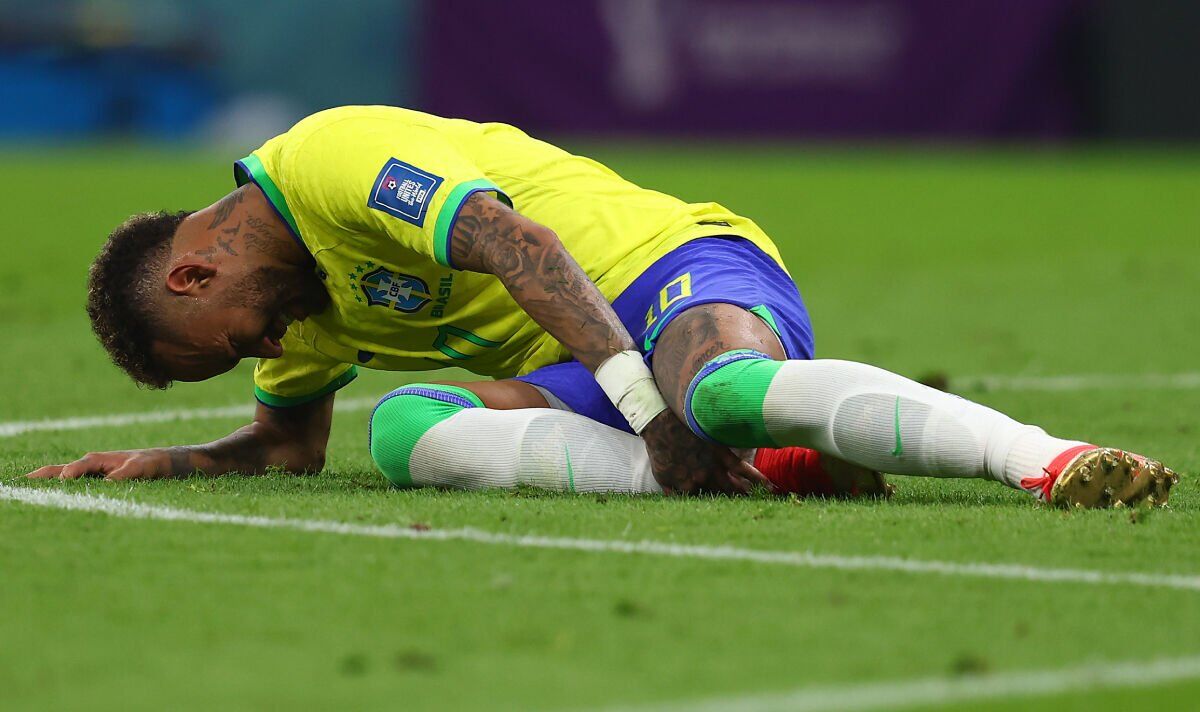 Neymar was seen hobbling off in tears as he was replaced by Manchester United starlet Antony on 80 minutes. The iconic winger was in clear discomfort as he sat on the substitutes’ bench with his ankle wrapped in ice and a bandage.

Richarlison’s two goals came prior to Neymar’s withdrawal. It remains to be seen how Brazil can cope without their star man.

Neymar’s latest injury follows a devastating pattern of bad luck at World Cups. He was ruled out of the remainder of the 2014 tournament after damaging his back in the group stages, with Brazil eventually thrashed 7-1 by Germany in the semi-final of their home World Cup.

He then broke a foot ahead of 2018 and was not at full fitness as Brazil suffered another underwhelming tournament campaign. The five-times winners were knocked out by a Kevin De Bruyne-inspired Belgium in the quarter-final.