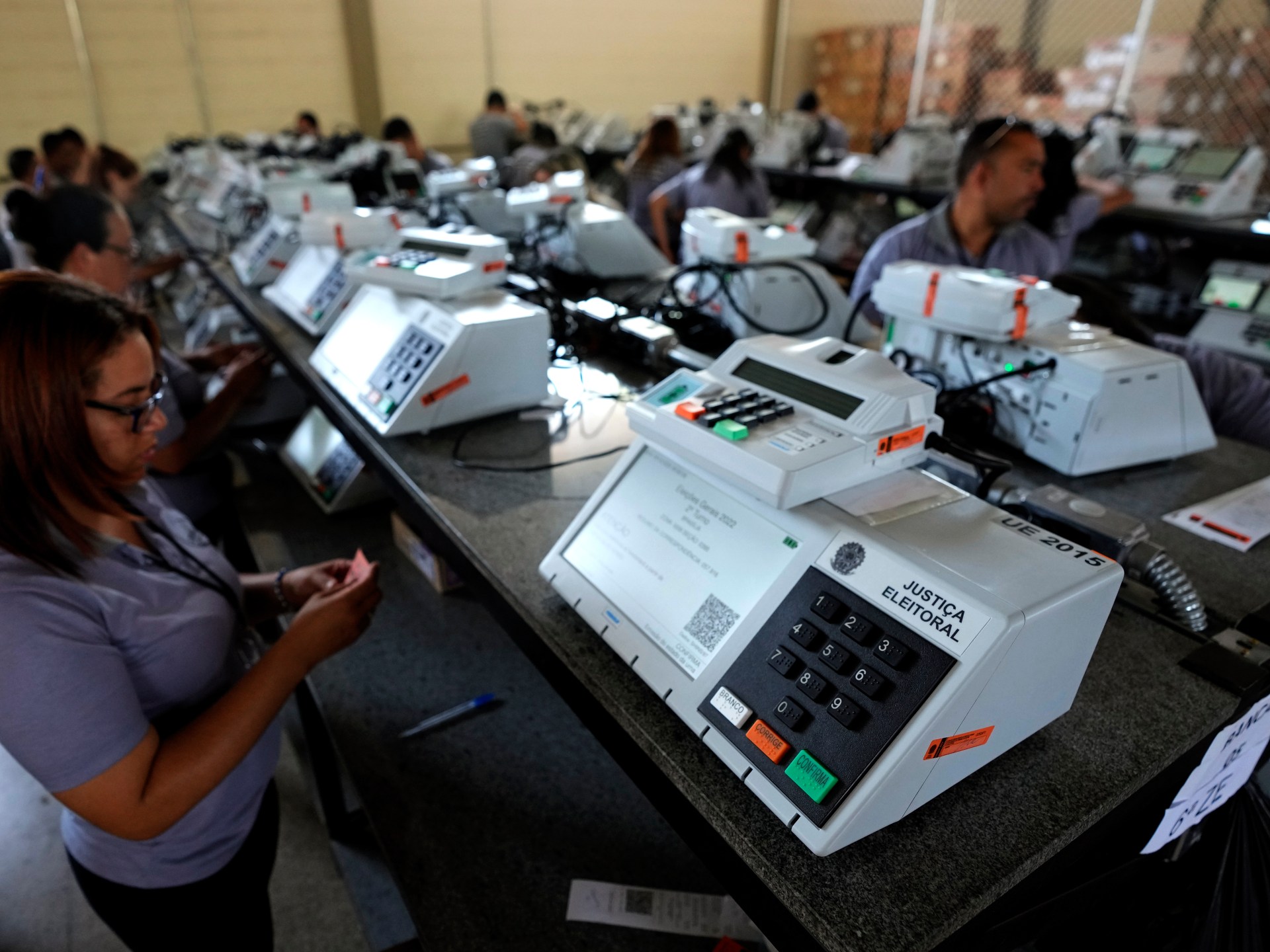 The head of Brazil’s highest electoral authority has rejected a recent challenge of the results of the country’s 2022 presidential race, denouncing the effort by outgoing President Jair Bolsonaro’s allies as being in “total bad faith”.

Alexandre de Moraes, judge and president of Brazil’s Superior Electoral Tribunal (TSE), further issued a 22.9 million reais ($4.3m) fine against the coalition that brought the complaint, citing a “total absence of any evidence”.

The decision on Wednesday, November 23 stems from a case presented a day earlier by Brazil’s Liberal Party (LP) to challenge the results of the October 30 run-off election.

The Liberal Party called for votes tallied by those machines to be thrown out. Marcelo Bessa, a lawyer representing the party, estimated that excluding those votes would invalidate the victory of left-wing candidate Luiz Inacio Lula da Silva, who won by a narrow margin.

In his ruling, Moraes denounced the Liberal Party’s complaint as “ostensibly offensive to the democratic rule of law”.

Moraes wrote that the claims of election inaccuracy were made “with the purpose of encouraging criminal and anti-democratic movements”, pointing to pro-Bolsonaro protests and blockades that have stymied traffic on hundreds of highways in the country.

Bolsonaro has yet to publicly concede the race. Privately, he reportedly told members of Brazil’s Supreme court, “It’s over.”

Following his October 30 defeat, Bolsonaro maintained nearly two days of silence before addressing the public with a short, two-minute speech from the presidential palace in Brasilia.

In his news conference, Bolsonaro mentioned neither Lula nor the election results, instead thanking his supporters and affirming that he would “comply” with Brazil’s constitution.

“I have always been labelled as anti-democratic and, unlike my accusers, I have always played within the four lines of the constitution,” he said.

Bolsonaro’s critics, however, pointed to his repeated attempts to cast doubt on Brazil’s election process, even before the October election, and raised concerns he would use those claims to contest defeat.

During his campaign, Bolsonaro, a former army captain, requested a military audit be conducted on the country’s voting machines, claiming without evidence that they were liable to fraud. “If electronic ballots are impregnable, why are they [the electoral court] worried?” Bolsonaro asked in a live broadcast on social media in May.

His opponent Lula, who served as Brazil’s president from 2003 to 2010, recently denounced Bolsonaro’s attempts to involve the military in election proceedings.

“A president, who is the supreme commander of the armed forces, had no right to involve them in setting up a commission to investigate electronic voting machines,” Lula said in a speech to allied lawmakers on November 10.

Lula won 50.9 percent of the vote to Bolsonaro’s 49.1 percent in the October runoff, the closest presidential race in Brazil since the country’s return to democracy in 1985 following 21 years of military rule.

Though Brazil’s election authority verified Lula’s victory, protests emerged in the wake of Bolsonaro’s loss, as truck drivers and other Bolsonaro supporters called for military intervention.

“We are with you,” protesters chanted in support of Bolsonaro as they blocked the highway to Sao Paulo’s international airport, causing flights to be cancelled. “We do not accept a thief as a leader.”

Tuesday’s 33-page complaint was the latest attempt to contest the election, which marked Bolsonaro’s first loss in his 34-year political career. The complaint alleged that a software bug in the majority of Brazil’s machines left the votes open to fraud.

Brazil’s election authority gave Bolsonaro’s Liberal Party 24 hours to produce evidence that the vote count was inaccurate. None was provided, Moraes said in his ruling. He called the complaint a “totally fraudulent narrative of the facts”.

Moraes further ordered government funds for the Liberal Party’s coalition be suspended until the $4.3m penalty was paid.

“De Moraes’ message to the political establishment is: The game is over. Questioning the result of the elections is not fair play, and people and institutions who do that will be punished harshly,” said Mauricio Santoro, a political science professor at the State University of Rio de Janeiro, told The Associated Press.