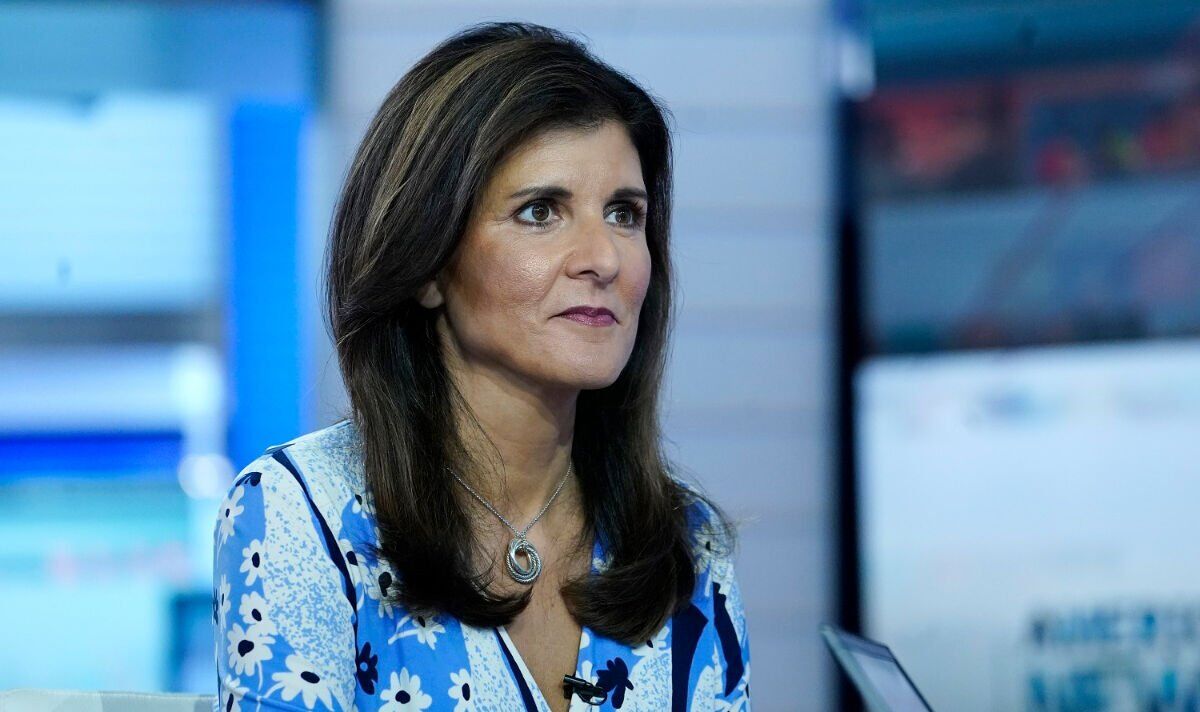 Nikki Haley, who served as Donald Trump’s ambassador to the United Nations, took aim at the 46th President during an appearance at an event hosted by Policy Exchange in London. Speaking in the English capital, Ms Haley said: “In terms of the Northern Ireland Protocol, I know that some of the politicians in America have decided to weigh in on that. It’s none of their business. “This is something that you have to decide, this is something that has to be in the best interest of your people, and you’ve got to decide what’s going to make you strong in the end.

“I just don’t think it’s our place to be weighing in on this at all.”

The ex-South Carolina Governor also confessed she supported Brexit and even claimed the West will be stronger if other EU member states cut ties with the Brussels bloc.

Ms Haley said she watched with “bated breath” as Brits went to the polls in 2016 and added Brexit was “an experiment that I hope is successful”.

She continued: “The fact that they [the British people] wanted to leave the EU, I don’t blame them.

“I saw at the United Nations what the EU does.

“It makes all these countries do what they want them to do and not what’s in their best interest.”

Ms Haley has been identified as a potential GOP candidate in 2024 provided Mr Trump does not throw his hat into the ring for a third successive election.

According to Morning Consult, Ms Haley has four percent support in a hypothetical Republican primary race.

She said: “It pains me to say that, but if there had been no Afghanistan disaster, there would likely have been no Ukraine invasion.

“Putin saw our lack of resolve in Kabul and assumed nothing meaningful would happen once his tanks rolled into Kyiv.”