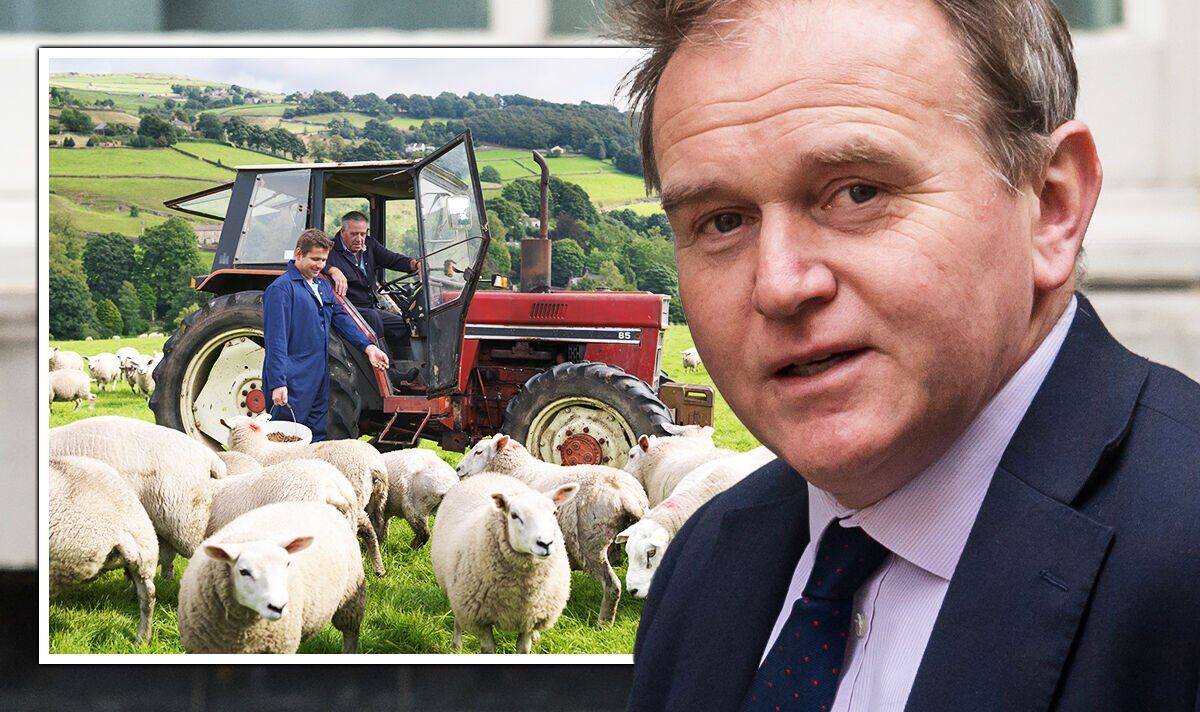 ‘Brexit boom for farmers!’ Eustice slaps down REMOANERS for talking down British success

Speaking in the Commons today, Environment Secretary George Eustice warned MPs not to blame Brexit for the current problems being faced by farmers saying that it ws due to a “a spike in gas prices” caused by the Ukraine war. He clashed in the Chamber with arch-Rejoiner Labour MP for Exeter Ben Bradshaw who tried to give a gloomy assessment of post-Brexit Britain blaming the trade deal with the EU for causing extra red tape.

Mr Bradshaw, who was met with groans in the chamber, asked: “What is his latest assessment of the impact on farm profits of plunging exports, new red tape and a labour shortage caused by the Conservative Government’s Brexit deal?”

But Mr Eustice hit back hailing an actual boom in importat parts of the sector including milk production and land prices.

He said: “Farm incomes have seen a strong recovery since the 2016 referendum.

“Land prices are running at record highs, the price of milk has also increased.

“Farm profits ahve actually been on the rise in recent years.”

He added: “In this current year it is true that the recent input costs caused by the spike in gas prices will put pressure on margins but it is in the context of a successful post Brexit boom for agriculture generally.”

Meanwhile, the SNP, which wants Scotland to Rejoin the EU, tried to talk down Britain’s recently signed trade deal with Australia claiming that it will destroy lamb and beef farming in the UK with world famous Aberdeen Angus beef produced in Scotland.

She warned that Mr Eustice’s own Cornwall constituency of Redruth could suffer with Austrlians copying Conish pasties.

SNP Deidre Brock, who was born in Australia, asked: “While [the House of Lords] international agreements committee report broadly welcomed the Australia/ UK trade deal for sectors such as financial services, it was concerned about its impact on sectors like UK agriculture highlighting that it will allow the import of beef from deforested land, of crops grown with pesticides not permitted in the UK and the EU and offer no protections from copies for products such as Scottish whisky and, indeed Cornish pasties.”

She went on: “They fear this could continue with other trade deals this government pursues and criticises the government’s refusal to involve the devolved governments.

“How can farms and our food and drink sector remain profitable in the face of such free trade agreements and will he accept his failure to achieve protections from untrammelled competition for farmers and food producers will ultimately impact on their businesses and livelihoods?”

Mr Eustice hit back though pointing out that the deal had a number of bespoke protections for British farming.

He said: “The context of the free trade agreement with Austraalia we secured staging protections for the sensitive sectors of beef and lamb for a decade and then very strong special agricultural safeguard thereafter set against volumes.

“We judge that that will be sufficient to manage any risks to the market.

“It is important to recognise that Australia cannot compete with the UK on the vast majority of agricultural products including dairy.

“There is also lamb where New Zealand cannot compete with the UK and use the quota they already have.

“Beef is obviously an issue that we are watching but we believe we have got the right protections in place.”