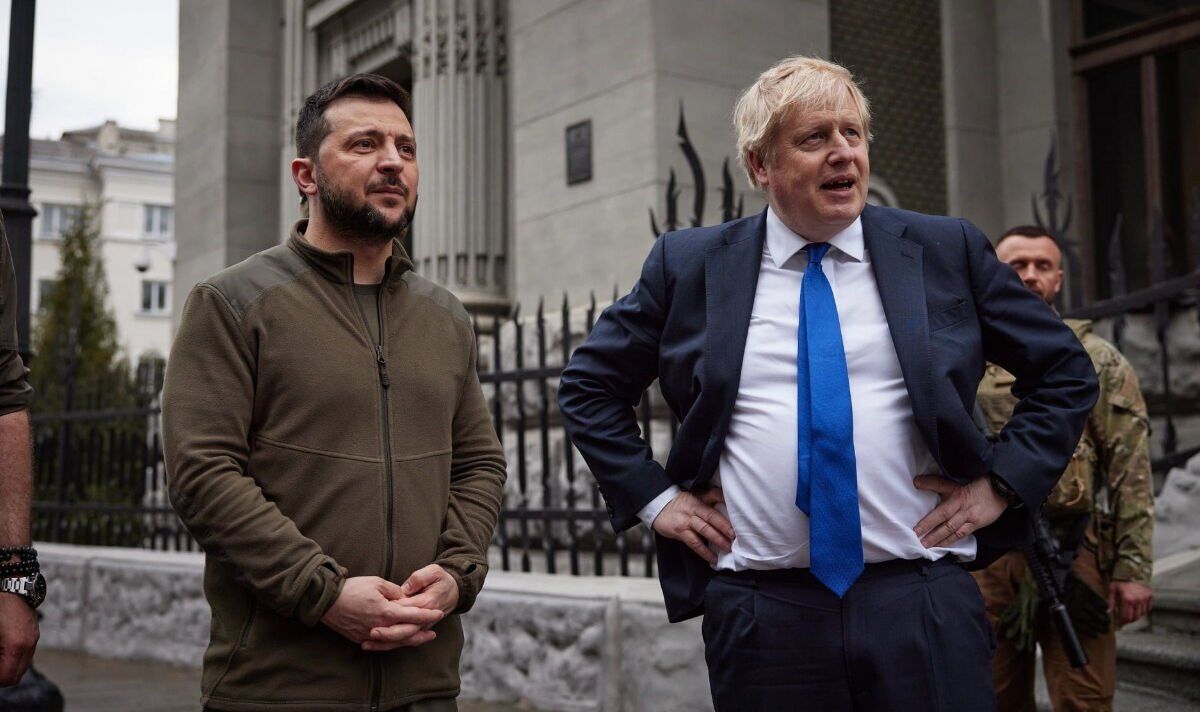 The Prime Minister looks set to use two major international summits to put pressure on Western allies to stand up for Ukraine. Mr Johnson will join other world leaders at a G7 meeting in Germany and a NATO meeting in Spain next week.

The Prime Minister also made a trip to Kyiv last Friday.

During his visit, Mr Johnson met with his Ukrainian counterpart Volodymyr Zelensky as the pair discussed what support is needed to sustain the ex-Soviet state.

The visit came amid growing concerns Russian incursions in the east could force Mr Zelensky to give up Ukrainian territory in peace talks.

A senior Government source told the Telegraph that Mr Johnson is wary of Ukraine getting a s****y” deal.

They said: “There is a big fight on to give Zelensky the space and reassurance that if he wants to hold on and not settle for a s****y peace that he will have enough support, in moral support and practical support.”

The source added: “If Zelensky turned around and said ‘we can’t sustain the pain, the losses’, if Zelensky reached that conclusion, then Boris would support him.

However, there are concerns French President Emmanuel Macron and German Chancellor Olaf Scholz could back a flawed accord.

The senior Government source said about Mr Johnson and the allies’ approach to Ukraine: “His fear is that there is a lot of war fatigue setting in.”

Mr Macron has kept avenues of communication open with the Kremlin as he has suggested it could help broker peace.

While Mr Scholz, who has admittedly taken a tougher line than his predecessor Angela Merkel, remains reliant on Russia’s energy sector.

Germany was even among some of the countries originally halting efforts inside the EU to ban Russia from the SWIFT scheme.