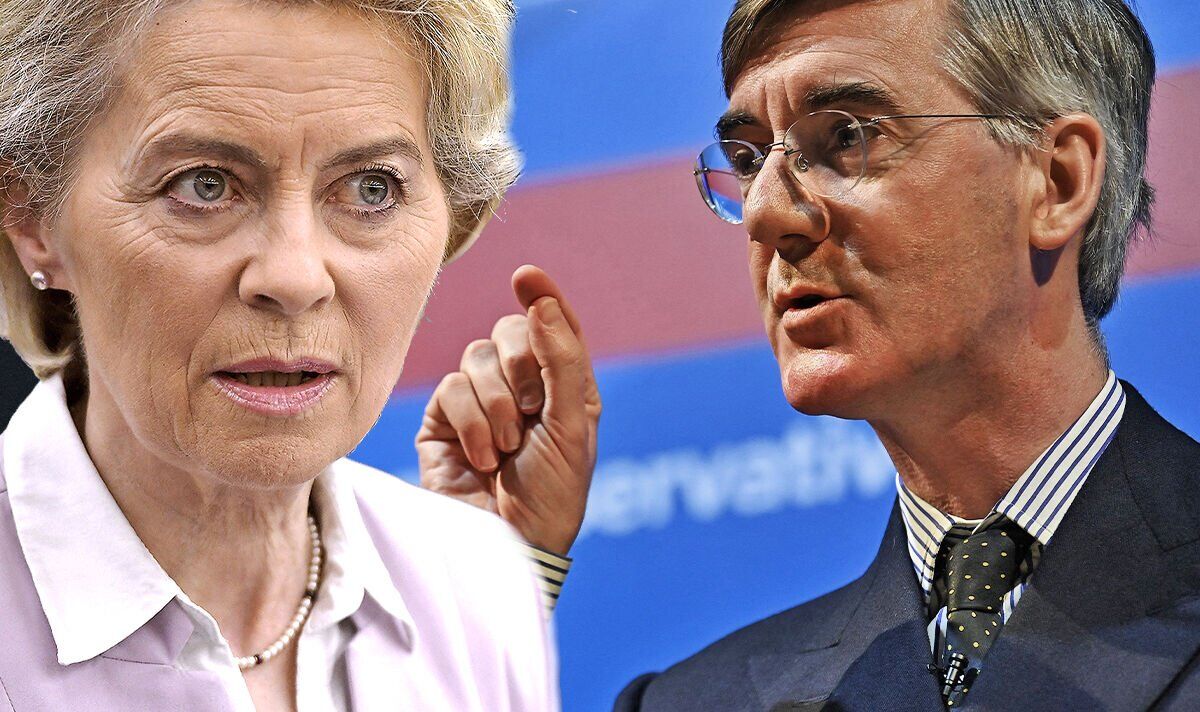 Brexit Britain still has ‘more than 2,000 EU rules’ – but FINALLY there’s a plan to fix it

Sources close to Mr Rees-Mogg have said that he is “keen on people understanding the extent of EU law still applies in this country.”

The source added: “It is about people seeing the full extent of all EU laws on our books, which Parliament had no say in, to build momentum for the Brexit freedoms bill.

“Previously, when we were in the EU we couldn’t do anything about these regs, but now we can, inviting MPs and the public to see what’s there, what adds cost to businesses and consumers, what we should repeal.”

The process of ending EU red tape has been held up for two years because of the Covid pandemic and lockdown when Government time was taken up getting the country through the crisis.

But with Boris Johnson’s Government reset following his victory in a vote of confidence by Tory MPs, completing Brexit freedoms has been identified as one of the top priorities.

When he was given the job of maximising Brexit opportunities, Jacob Rees-Mogg appealed to Express readers and the wider public for ideas on Brussels bureaucratic regulations which could be scrapped.

Last month, Express.co.uk revealed that he had received more than 2,000 ideas from the public and businesses.

These included allowing fracking and abolishing petty rules on vans and vacuum cleaners among hundreds of other suggestions.

One idea which the Government has enacted quickly is the scrapping of the “lawn mower” premium on all motorists, an EU regulation which would have seen motor insurance increase for everyone by £50 to cover the cost of driving lawn mowers.

“He is a real rottweiler when it comes to tearing up unnecessary rules and regulations and I can’t think of a better person to be in charge of this.

“Of course I have already got rid of one regulation on the lawn mower but there are an enormous amount more to be taken off our statute books.”

In an interview in February, shortly after taking the Brexit role, Mr Rees-Mogg told the Sunday Express: “Government is not the centre of all knowledge and wisdom. Actually, there is a much greater wisdom with the British people as a whole.

“That is why I am so keen for the British people to tell me what it is in their daily life that the Government does that makes their life harder. And if I can, I will push to get rid of that.”

If you want to get involved with your ideas you can email Mr Rees-Mogg with ideas on publiccorrespondence@cabinetoffice.gov.uk or send by mail to Jacob Rees-Mogg, Cabinet Office, 70, Whitehall, London SW1A 2AS.

Mark your correspondent “Brexit Opportunity Ideas” and tell Mr Rees-Mogg you are an Express reader.