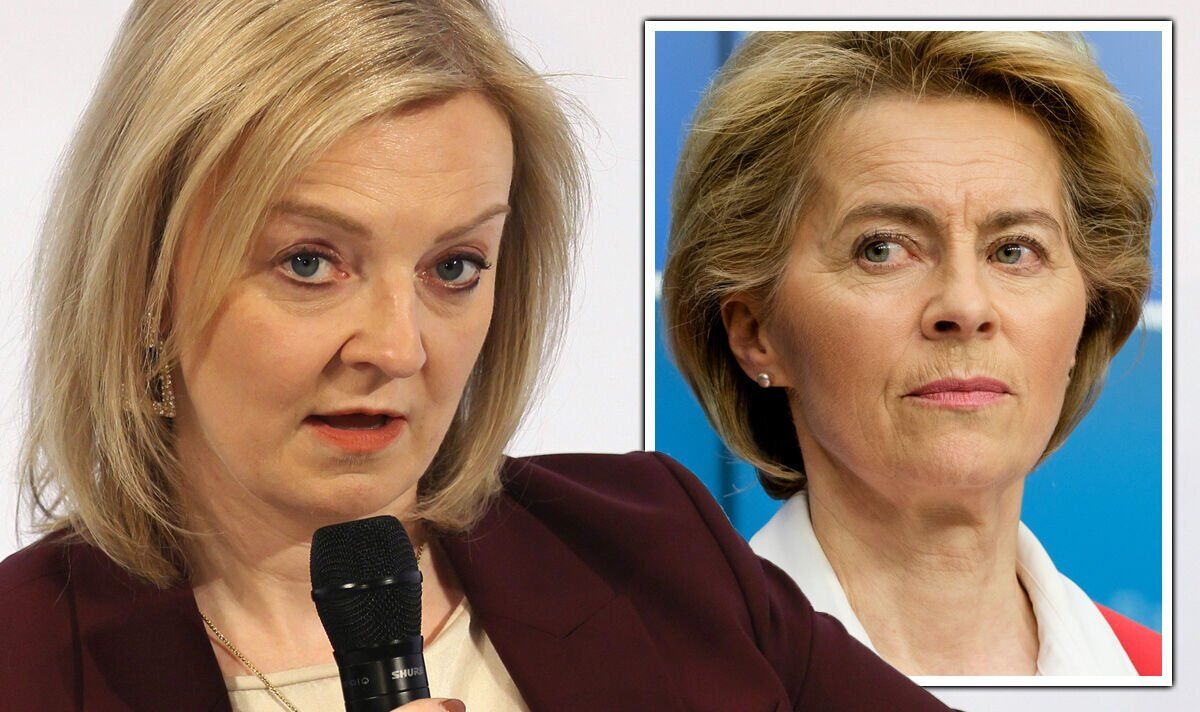 The House of Lords Northern Ireland committee paints a grim picture of the impact caused by the Northern Ireland Protocol imposed on the UK during Brexit withdrawal negotiations in 2019. It finds that while those firms who do trade between Northern Ireland and the Republic of Ireland have benefited from the new trading relationship, those who export goods from Britain across the Irish Sea are suffering.

Unionists have accused Brussels of putting the future of the UK at risk with an unnecessarily strict implementation of rules.

Under the Protocol, goods crossing from Britain to the province must be subjected to customs checks.

There are fears among some Brexiteers that the approach being adopted by the EU is aimed at punishing the UK for quitting the bloc.

Lord Jay of Ewelme, who chairs the Northern Ireland committee, warned that unless urgent changes were made, the future of many businesses is at risk.

He said: “The committee’s engagement with businesses trading in and with Northern Ireland has demonstrated that, while much uncertainty remains, the economic impact of the protocol is gradually becoming clearer.

“The situation was described to us as ‘feast or famine’, whereby businesses able to take advantage of the protocol benefit, while those dependent on trade with Great Britain lose out.”

Peers on the committee are desperately urging the UK and EU to agree on a compromise deal to avoid devastating firms.

They warn that the Protocol has had a disproportionately negative impact on small and medium-size enterprises.

The Northern Ireland Protocol was agreed as part of the withdrawal agreement from the EU to avoid a hard border in Ireland post-Brexit.

It allows Northern Ireland to remain within the EU’s single market for goods but it has faced criticism because a border was effectively created between Great Britain and Northern Ireland down the Irish Sea.

The border has led to delays, supermarket shortages and increased costs for businesses in Northern Ireland.

The UK has been locked in talks with the EU over the protocol since October 2021.

She added: “Aside from its many practical problems, it has created a growing sense that the rights and aspirations of some parts of the community are being undermined.

“Ideally, we would fix these problems through negotiation, but the EU has ruled out changing the text of the protocol.

“Northern Ireland has been without a fully functioning executive since February because of the protocol, at the time of a cost of living crisis and many other challenges.

“Therefore it is the duty of this government, as co-signatory and co-guarantor of the agreement, but also as the sovereign government in Northern Ireland, to act.”