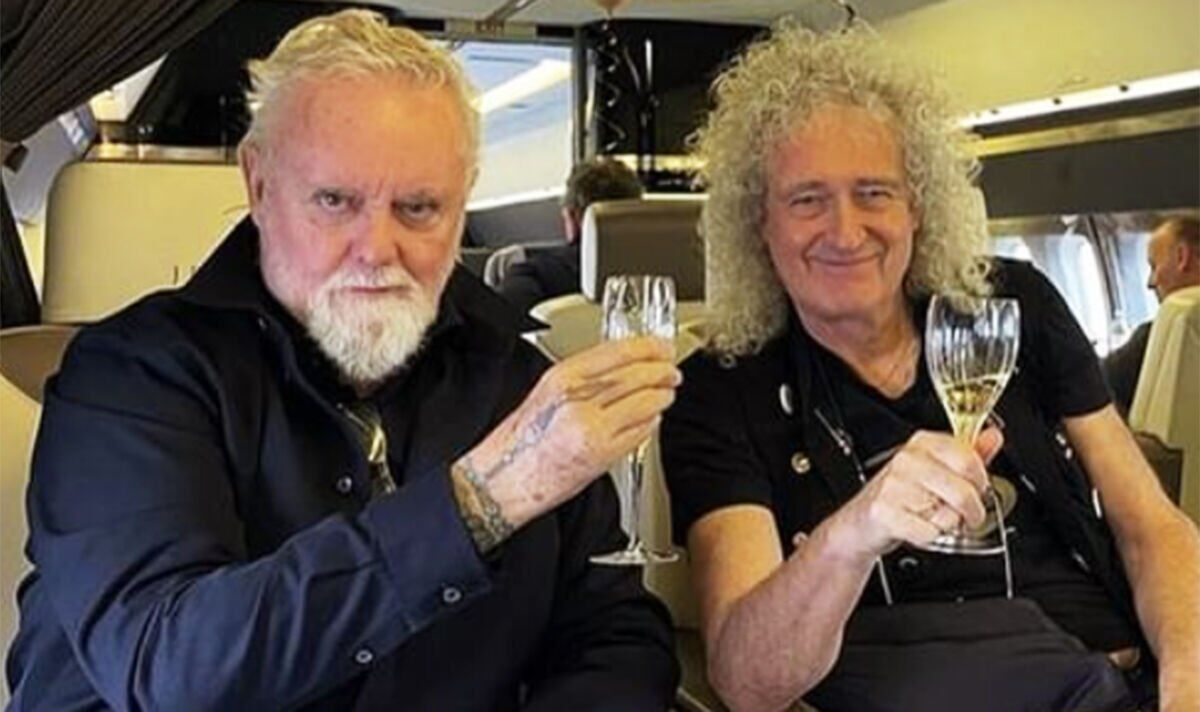 After a two-year-long hiatus, Queen and Adam Lambert returned to touring with 36 dates across the UK and Europe. They kicked off in June by opening The Queen’s Platinum Jubilee concert, before a number of shows across Great Britain and Northern Ireland, including a sold-out 10-night residency at London’s The O2. Having performed across Europe this July, Brian May, Roger Taylor and their singing collaborator concluded their epic journey last night in Tampere, Finland.

Last week, Brian turned 75 and today marks Roger’s 73rd birthday, which the pair have been celebrating together, along with a job well done on their Queen and Adam Lambert tour.

The guitarist shared a fun picture of himself and Roger travelling back to the UK in style with champagne glass raised, birthday banners on display and delicious food before them.

He captioned his Instagram post: “The Boys are Done ! Yeeeeeeoooow ! 36 dates plus !!! Thanks All !! And a BIG HAPPY BIRTHDAY to my brother from a different mother !!! —— Roger Meddows Taylor esq. thanks for the pic Sarina @sarinarosetaylor — Bri.”

Brian wrote: “LAST SHOW of our tour !. This is the FINNISH LINE !!! Huge thanks to EVERYONE who has made this the best tour ever. And my dear pal Cyborg – who has become known as #Briborg – will say farewell to public life this evening in Tampere. He had a nasty fall last night, and we have been feeling that the show is a somewhat hazardous environment for him. So for now he will head off to quieter places and get himself a nice polishing. He thanks you for your support and encouragement. OK ! Let’s Rock One More Time !!! Bri.”