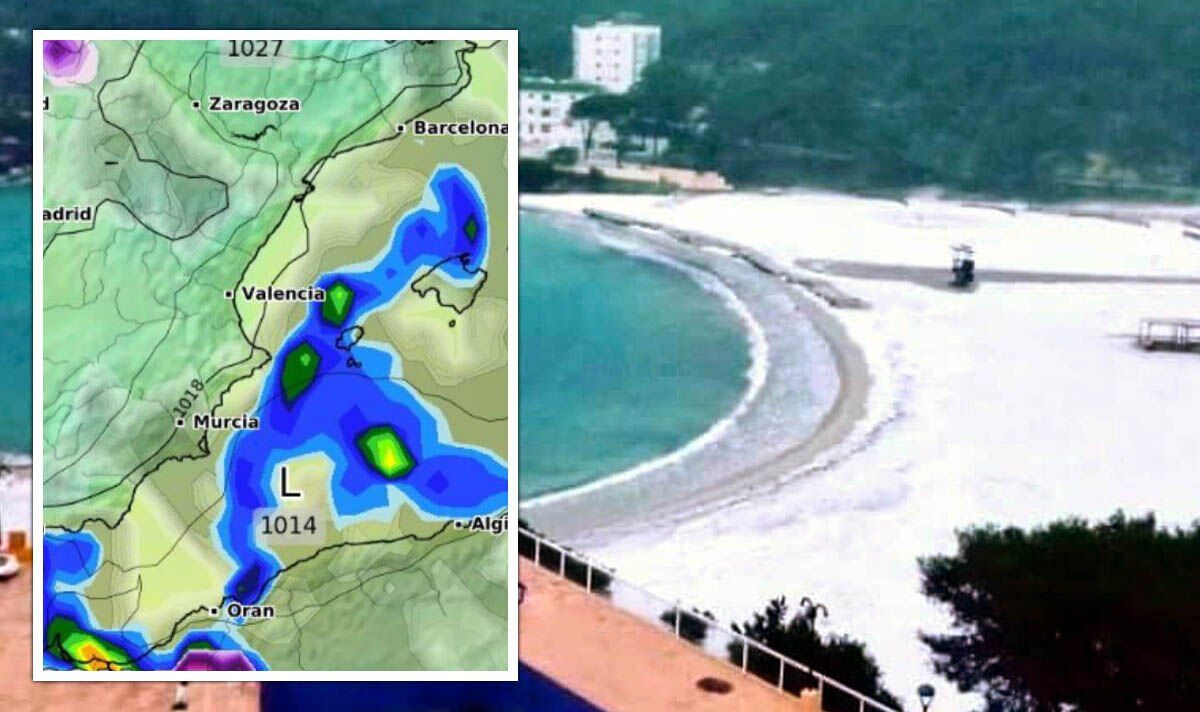 Brits planning to escape the chilly temperatures to their favourite holiday hotspots may not get the sunny climes they were hoping for as temperatures plunge far below zero in destinations across Spain. The beaches of Ibiza have been covered in snow after the icy weather even reached Majorca – with one village on the island reaching almost -2C, while other parts of Spain reach -15C.

Temperatures in Mallorca have also dropped to as low as -2C, with more snow expected to hit tonight and over the weekend. Heavy snow is expected to cover parts of the island with some frost, especially in the Serra de Tramuntana.

According to Spain’s national weather office, the Balearic island of Ibiza’s unusual weather is the result of a polar freeze sweeping the country. On Monday, a temperature of -1.8C was recorded in the Ibiza town of Sant Joan de Labritja.

Pictures have emerged of the typically sunny island struck with snow – including the popular beach spot of Cala LLonga.

According to state weather agency AEMET, the lowest temperatures so far were in the Pyrenees. In the Lleida town of Cal de Vaquera, it went as low as -15C.

Meanwhile, yellow warnings were issued this week in the south of Valencia as well as Alicante, which saw temperatures reach between -1C and -8C.

AEMET announced earlier this week: “We continue with very low temperatures and precipitation and with snowflakes at very low levels. It is usual in January, although it is not every year that we have cold as intense as this”.

The UK Health Security Agency (UKHSA) has extended a level 3 cold weather alert until 9am on Friday.

It urged people to keep warm and check in on family and friends who may be more vulnerable.

The Met Office added that much of Scotland northern England, Northern Ireland, north-west Wales and south-east England will be mostly cloudy, with freezing fog likely to stick around in the South.