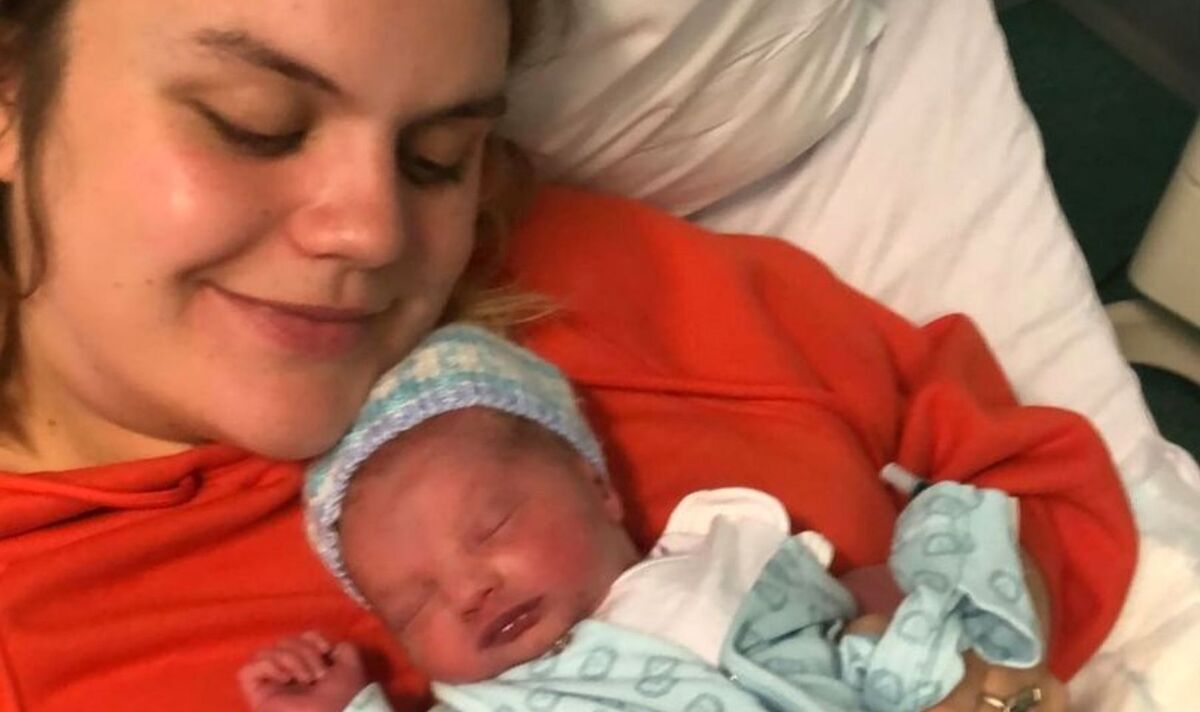 Jess Davis, 20, assumed she was having abdominal pain because she was due on her period. But the University of Southampton student was shocked when she gave birth to a 5lb 5oz baby boy while sitting on the toilet.

The history and politics student named the surprise baby Freddie Oliver Davis, and claims she had no pregnancy symptoms at all.

Jess said: “My periods have always been irregular, so I didn’t really notice. I sometimes felt nauseous, but I had started taking a new prescription so I just put it down to my new medication. When he was born it was the biggest shock of my life – I thought I was dreaming at first.

“I didn’t realise what had happened until I heard him cry – it suddenly hit me that I really need to grow up now! It took a little while to get over the initial shock and adjust and bond with him, but now I’m over the moon. He is the most chilled baby ever, and he’s known as the quiet baby on the ward.”

When Jess woke up in severe pain last month, she assumed it was the start of her period and walked to her local Asda to buy a hot water bottle.

But when she got home, she struggled to even lie down on her bed due to the pain.

Jess tried to have a bath to ease the pain, but had an “overwhelming” urge to go to the toilet.

She recalled: “At no point did I think I was giving birth – I just knew I needed to push.

The news of Freddie’s arrival was broken to Jess’s mum by Liv, who phoned her and asked, “Are you sitting down?”

Luckily, Jess’s mum was supportive and is excited to become a grandmother.

“My mum is the best person in the world, she’s been so supportive and she’s over the moon to be a grandma!” Jess said.

“I just think about him all the time. I’m transferring to a local uni to continue my studies; I’ll be closer to home which makes childcare easier. I’m looking forward to watching him grow up and be there for him every step of the way.”