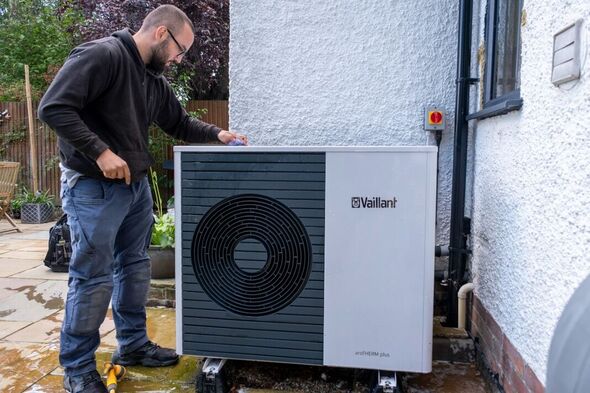 A Briton has revealed how he slashed his energy bills by a staggering £12,000, with the help of green home upgrades like heat pumps and solar panels. Adrian Bond, 49, living in Colchester, Essex, began investing in green home upgrades in 2021, shortly before the energy crisis began crippling households. Over the past year, Britons have been grappling with the effects of skyrocketing wholesale gas prices, aggravated by Russia‘s invasion of Ukraine. Since last October, the average household is paying an unprecedented £2,500 a year in gas and electric bills, more than twice what it was a year ago.

Given that the global crisis has been tied to the increased cost of gas, many countries are turning towards accelerating their renewable energy generation, especially considering that offshore wind has been estimated to be nine times cheaper than gas.

The Government is also looking to increase the installation of heat pumps, which are exponentially more energy efficient than gas boilers, thus reducing the overall energy use.

The benefits that these measures can provide have been laid bare, as Mr Bond, a chartered electronics engineer, was able to save huge sums of money by investing in renewable energy generation, heat pumps and insulation measures.

Living with his wife, son, and two pets, he told the i that his household is equipped with solar panels and heat pumps, and he has also purchased shares in a wind farm that offers him discounts on his bills.

Ripple energy allows households to own a part of a wind farm (Image: Getty)

He said: My wife and I purchased shares in Ripple Energy’s first wind turbine in 2021, due to a combination of timing and novelty. This was of great interest to us as we had looked at buying a mini-turbine for our home in 2012, but due to planning regulations that didn’t work out.

“I managed to speak to Sarah Merrick, Ripple’s boss, and she answered all my questions about their new scheme. So, in 2021 my wife and I decided to take the plunge and invested £3,000 in a share of Graig Fatha Wind Farm in Wales.”

Ripple energy, a new startup, allows households and businesses across the country to own small shares of large-scale wind farms and solar parks, in a cooperative model where the energy generated will be much cheaper than the market price.

Mr Bond and his wife purchased an equivalent of 1.7kW of the turbine’s average output, which amounted to around three-quarters of their home’s average energy needs.

The cost of renewables is falling steadily (Image: Express)

He continued: “In the nine months since production at the wind farm in Wales started, we saw our electricity bill fall by £248, partly due to a higher 9.5p per kilowatt hour (kWh) rate than was forecast.”

Given that the winter is typically windier than the summer, Mr Bond is expecting to save up to £400 by February, a year since the wind farm began production. After that, he noted that the saving rate for the rest of the year will rise to 27p/kWh.

Being a part owner of a wind farm meant that Mr Bond could effectively offset all of the remaining energy they use in their home, while also gradually making back the money they invested.

The family has also purchased a £1,200 stake in the next Ripple project, at Kirk Hill Wind Farm in Scotland, which will begin operating later this year and will cover the remaining quarter of their energy needs.

Mr Bond also installed a heat pump in his home in 2007 for £2,000, which cools his home in the summer and warms it in the winter. He found that it slashed his gas bill to about £20 a month. They also installed a PVC double-glazed front door and draught-proofed the back, which cut down their heating bill significantly.

In 2014, they paid £8,000 to install solar panels, which have produced 37.3 mWh over the past eight years, with Mr Bond noting: “I’d say the panels have returned us £12,500 over the years, although they have cost an additional £750 in that time for bird-proofing and a clean after an infestation of white doves in January 2022.”

For households looking to slash their energy bills, making all these changes at once will likely be prohibitively expensive. However, some of the more affordable solutions to cutting your gas usage involve simple insulation measures.

For example, research from Cut Plastic Sheeting found a household could reduce their gas bill by £806.14 by adding secondary glazing to your windows.