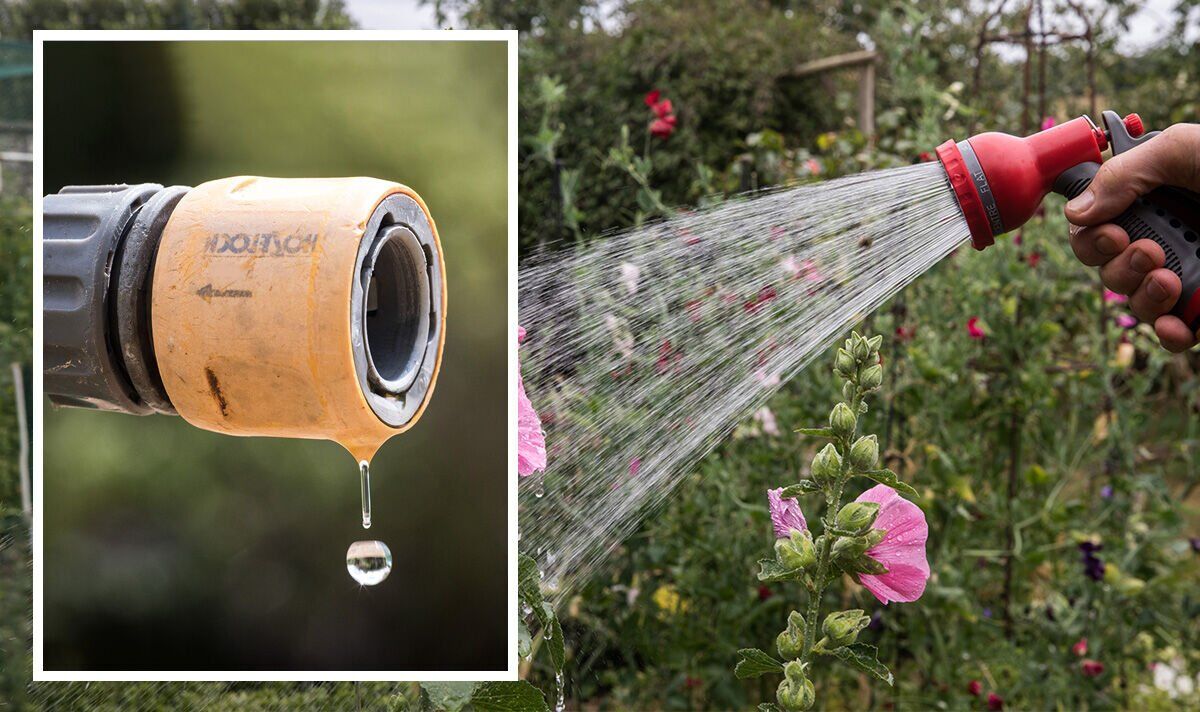 Three million people in the UK will be under a hosepipe ban as emergency drought measures are being introduced in Kent and Sussex. Both Southern Water and South East Water have announced hosepipe bans for their customers.

Thames Water and Welsh Water have also issued warnings that similar bans could be imposed.

READ MORE: Hosepipe ban rules: What happens if you water your garden

Residents under the restrictions will be banned from using hosepipes to water gardens, for cleaning cars or filling ponds and swimming pools.

This July was the driest in England for more than 100 years and drought could be declared if low rainfall continues through August.

Southern Water said the ban in Hampshire and on the Isle of Wight was a “vital step” to protect the habitats around the River Test and the River Itchen.

While South East Water said in a statement: “This has been a time of extreme weather conditions across the UK.

“Official figures show this is the driest July on record since 1935 and the period between November 2021 and July 2022 has been the driest eight-month stint since 1976.

“During July in the south-east, we have only seen eight percent of average rainfall for the month, and the long-term forecast for August and September is for similar weather.”

It continued: “We have been left with no choice but to restrict the use of hosepipes and sprinklers.”

In a poll that ran from 5pm on Friday, July 29, to midday on Thursday, August 4, Express.co.uk asked readers: “Will you follow a hosepipe ban if enforced in your area?”

In total, 1,038 people cast their votes with a strong 63 percent (659 people) answering “yes” they would follow a hosepipe ban in their area.

Dozens of comments were left below the accompanying article as readers shared their thoughts on observing a hosepipe ban.

Another, username Destiny84 said: “No, I pay for the privilege of using the water, if they want to compensate me to cut back I would consider it.”

Other readers commented that they would not observe a hosepipe ban with one, username IBowman writing: “I will use as much water as I need”

Username Proudtobebritish said: “If you are on a meter then they have no right to stop you using it.”

And username DoggyPaws said: “I won’t be watching what water I use. I pay for it so I will use it when I need it.”