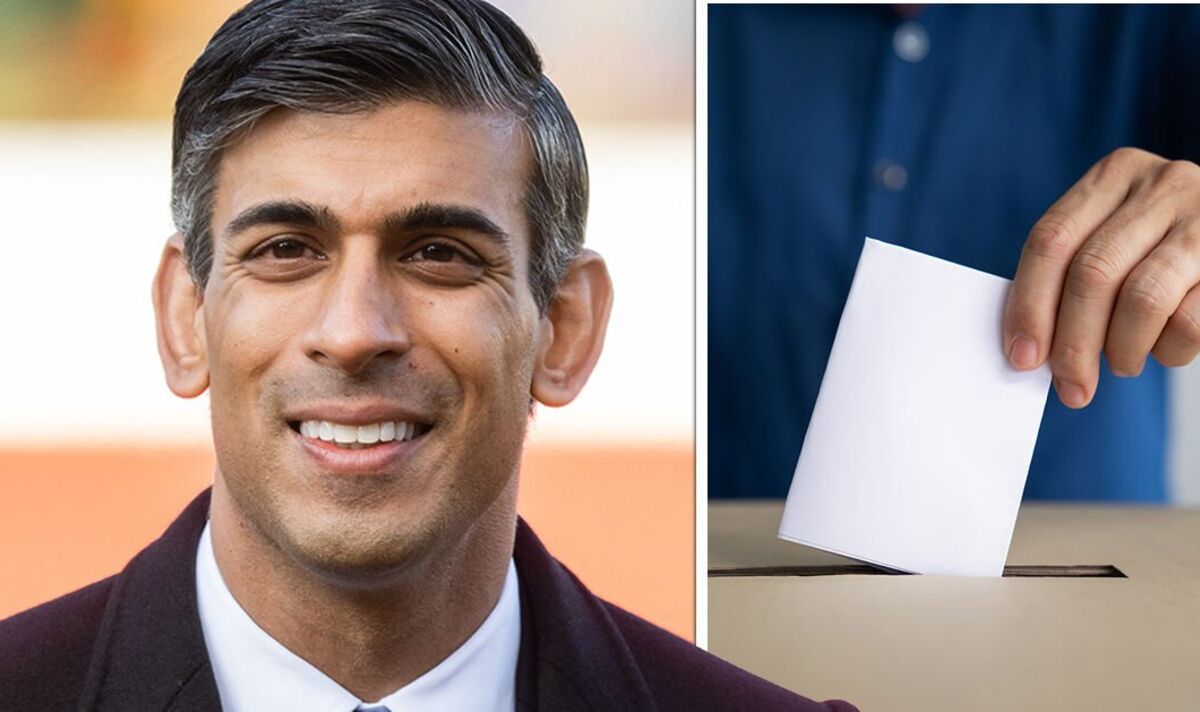 He told Express.co.uk: “He should learn the lesson of Gordon Brown and not run the risk of being seen as illegitimate. And therefore losing whatever support he does have, so I think an early election is important for him as well as the country.”

Following Liz Truss’ resignation last month, Mr Sunak was named by the Conservative Party as the new leader on October 24, after being unopposed in the leadership race. He inherited Boris Johnson’s landslide majority in the House of Commons but has no public mandate behind him.

After becoming the third Prime Minister in a matter of months, many political figures have called for a general election to be held ahead of the next scheduled vote in January 2025.

In response, Express.co.uk ran poll from 12.30pm on Tuesday, November 22, to 11.30am on Thursday, November 24, asking readers: “Should Rishi Sunak call an early general election?”

In total, 2,408 readers cast their votes with the majority, 56 percent (1,346 people) answering “yes” in favour of Mr Sunak calling an early election.

In the comments below the accompanying article, hundreds of readers shared their thoughts on a snap election.

Mr Johnson managed to win his majority by flipping the Red Wall in the north of England, while defending Blue seats. However, an opinion poll conducted for ITV’s Peston programme shows that Mr Sunak is yet to receive a boost in support.

Results revealed that Sir Keir Starmer’s Labour Party has a 23 point lead among Red Wall voters and an 11-point lead over the Conservative Party among Blue Wall voters.

Commenting on the Redfield & Wilton poll, ITV’s deputy political editor Anushka Asthana said it showed “bad news” for Mr Sunak’s party. She explained: “I’m going to start with some bad news for the Conservatives because there is no sign of a new leader giving them a bounce in either of those two places.”

The latest YouGov/Times voting intention poll conducted three weeks into Mr Sunak’s premiership also showed the Conservative Party lagging behind with the backing of 26 percent of participants, compared to 47 percent for the Labour Party.