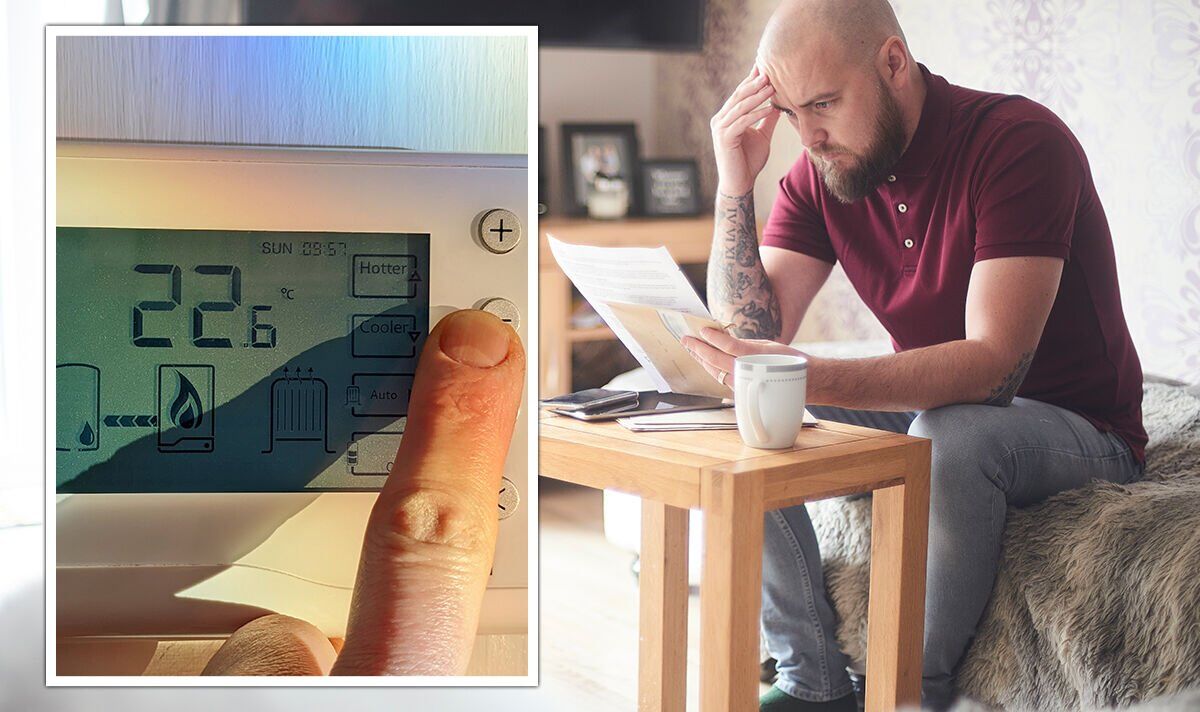 The goal of the Don’t Pay UK movement is to stop Ofgem’s hike to the price cap through the threat of “mass non-payment” from energy customers across the UK. Aquayemi-Claude, 24, has signed up to the Don’t Pay UK movement after coming across it on social media. Thousands of others have also discovered the campaign this way with many voicing their support for the movement online.

Aquayemi-Claude said: “I truly believe that this has been a long time coming and I’m really pleased to see it. It’s about calling for transparency and change and I truly can’t think of another way to show that what is happening right now to people isn’t right and that things need to change.”

He explained that he had definitely felt worried and anxious about Ofgem’s price cap announcement as “so many others are” and described the situation as a “daunting countdown” to October.

He said: “We all know from then, things will just become really hard. I am struggling now, my mum is struggling now. I sometimes don’t even know where my next meal is going to come from and I keep thinking how others like poorer families or pensioners, are going to cope.”

Don’t Pay UK state the Government’s attempts to tackle the crisis and ease the financial burden on Britons “has not gone far enough”.

READ MORE: Inheritance tax ‘should be reduced’ from 40 to 20 percent

A Don’t Pay UK spokesperson said: “We know the Government won’t step in and give people the support they need and we know that the energy companies are not going to reduce prices out of the kindness of their hearts.

“There are 28 million electricity and 21 million gas customers in the UK. All of these customers are people, families and households whose energy bills are going up. It’s not unrealistic to say we could reach one million people to start a non-payment strike. The potential leverage is huge.”

Aquayemi-Claude agreed that the financial support was not enough compared to how high the prices could possibly go for some people.

He explained how people are already cutting away so much to tackle spiralling costs and that some simply have “nothing left to go” and at the same time, energy companies are seeing “astronomically” large profits.

He said: “People are now only contributing to their work and not getting anything back from it, It’s like people are not living anymore its surviving now. Yes, people are angry and need something to change.”

However, a Department for Business, Energy and Industrial Strategy (BEIS) spokesperson described the campaign as “highly irresponsible messaging which will only push up prices for everyone else”.

They warned it could impact personal credit ratings, and added: “While no Government can control global gas prices, we are providing £37 billion of help for households including the £400 discount on energy bills, and £1,200 of direct support for the most vulnerable households to help with the cost of living.”

Don’t Pay UK was only launched on June 18, 2022 at the We Demand Better demonstration organised by the TUC in London. The initial idea simply came from a group of people that felt the Government was not doing enough to tackle the “spiralling” cost of living crisis with energy bills being the “main concern”.

The group explained they have heard from thousands of people “from all walks of life” who are scared of the Ofgem price hike in October, with the spokesperson adding: “Around one million are already in arrears, two million currently can’t even afford either heating or eating and one in three households will be in fuel poverty if this rise goes ahead. We are being forced into poverty, whilst others who are already in poverty will be forced into a life or death situation this winter. That is the level of discontent and despair we’re talking about.”

In just over one month Don’t Pay UK has seen more than 75,000 sign up to take part in the payment strike if the Government doesn’t step up and has had over 6,000 people across 450 different villages, towns and cities sign up to the cause as a local organiser.

READ MORE: Premium Bonds: What are your odds of winning £1million?

The group said: “We’re increasing by about five to 7,000 people a day, and as we have recently launched the first six groups in London, Brighton, Bristol, Birmingham, Manchester and Sheffield we are taking the campaign door to door as it scales up. We aim to have several hundred groups up and running by September to build the pledge to strike.”

Don’t Pay UK knows that not everyone can join the strike as Britons on pre-payment meters could face being immediately cut off from their energy supply. However, they do encourage those who are unable to withhold their payments to still support the campaign in their local communities.

The group also noted that people may also be worried about the repercussions of stopping payments.

If a person does not pay their energy bill, there are several possible routes that the supplier can take depending on the circumstances, and the consequences can be severe. The provider could pass on your details to a debt collection agency, they could seek a warrant to install a prepayment meter, or if a person has a smart meter they could be able to remotely switch this over to a prepayment. Suppliers can also disconnect a person’s supply.

People may also face additional charges for not paying their bills such as administrative costs or the debt collection agency’s costs. Credit scores can also be affected if an energy company takes action against a person.

Don’t Pay UK explained: “While we know there are ways to mitigate these, the reality of the situation is that millions of people will face these anyway if we don’t take this action.

“They’ll have to face them on their own. We want to build our collective power, support our neighbours and give people hope that things can be different.”

However, when speaking to Express.co.uk, an Energy UK spokesperson urged any customer who is struggling with their energy bills should contact their supplier in the first instance to see whether support is available.

Don’t Pay UK state that they are consulting “extensively” with legal experts around personal debt and that it is going to have measures and support in place for campaigners.

The group explained that it has been clear in its explanations that both the Government and Ofgem do have the power to act but “not within the current political and economic framework” and that this “needs to be broken”.

They added the energy crisis in the UK is an “incredibly important turning point” for millions of people in the UK and has shown that the Government is simply “choosing” to not respond to the crisis.

The group said: “If Ofgem and the Government keep refusing to act there will be millions pushed into poverty, into trying to decide whether heating or eating is more important — if they have that choice at all. However, we have the power in numbers and if we work together we can succeed in getting a fairer society with affordable energy for all.

“We are 100 percent committed to pushing as hard as possible for this and we are very clear that it doesn’t stop on October 1. It’s up to the Government to decide when things are over as we won’t stop until we have affordable energy for everyone.”

Energy UK explained suppliers need to be able to cover the costs of buying energy, otherwise they could go out of business like the 30 suppliers recorded as doing so since last August.

Their spokesperson added: “Suppliers are continuing to do all they can to support customers, investing hundreds of millions of pounds in additional funds and providing financial relief to those that need it most.

“While the current Government support package is very welcome, if bills are going to be even worse than had been predicted, further Government intervention will be necessary.”

Are you considering joining Don’t Pay UK? Let us know your thoughts in the comments below.