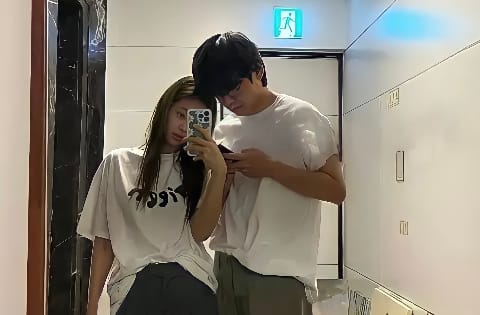 BTS member Kim Taehyung and Blackpink rapper Jennie Kim’s dating rumours are dominating headlines. The two music superstars have not given any clarification, and even their agencies are quiet on the same. An account named Gurumi Haribo was spreading leaked pics of the alleged couple. It has now been suspended. While a section of BTS fans believe that the pics are edited given that some have confirmed that these are edits, but there is curiosity on whether they are indeed dating. Of course, Kim Taehyung of BTS and Blackpink’s Jennie do not have to confirm anything. It is also possible that they are just good friends. Also Read – BTS: Kim Taehyung and Blackpink’s Jennie Kim leaked pics of alleged dating come to an end; Twitter account suspended

While many fans of BTS-Blackpink and ARMYs have dismissed this saga as fake and generated by shippers, something or the other crops up. In one of the leaked pics, we can see Kim Jennie carrying a black handbag. It is supposed to be from the brand, Nieeh which is reportedly owned by Blackpink’s Jennie and her friend, Chahee. Now, Taennie shippers have seen a similar bag in the new airport pics of the rapper. As we know, they are back from the US to Korea after performing at the MTV VMAs 2022. They also picked up trophies including Best K-Pop soloist for Lisa (Lalisa). Also Read – BTS: Furious ARMY slams Big Hit over Kim Taehyung’s dating rumours with Jennie; send healing messages to V [View Tweets]

a week after the jeju pics, taehyung wore chanel earrings which jennie had worn in november last year. jennie wore them again at vmas yesterday. she is also spotted carrying nieeh black bag which she held in the new dating pic leaked yesterday. pretty savages have no mercy pic.twitter.com/5OjmIsfzCI

and yall still deny it??? this is literally the same brand lmaooo

This is similar to what happened when BTS was leaving for the White House. Kim Taehyung aka V wore earrings that looked similar to Jennie Kim’s Coco Crush earrings. Later, some fans said it was Boucheron. The dating rumors of BTS V and Jennie Kim are flying thick and fast. We wonder if the couple will ever confirm anything. Also Read – Trending Hollywood News Today: BTS, Blackpink’s Lisa, Lizzo win at MTV VMAs 2022, Ben Affleck-Jennifer Lopez spotted kissing in Italy and more