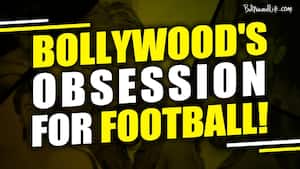 BTS number Run BTS is one of the viral songs of the year. The song was a part of the Proof album but BTS did not make a video for the same. But they delivered a kickass performance on the song at the Yet To Come concert in Busan. Since then, we have the Run BTS TikTok trend. Almost all K-Pop groups have taken up the challenge. From HYBE, we have seen the girls from New Jeans and Le SSeraffim take up the challenge too. Boy groups like SEVENTEEN and Enhypen have also done it. Today, Big Hit Music has shown the video of Jungkook and BTS V aka Kim Taehyung. Also Read – BTS: J-Hope and Jimin’s cute moments from the backstage of Hobipalooza has made ARMY emotional

It seems the video is directed by Kim Taehyung while the editing has been done by Jungkook. It is no secret that Jungkook loves to shoot and edit videos. He had made many videos as part of his Golden Closet Films venture. The new video has driven TaeKook fans crazy. Check out some of the reactions by ARMY… Also Read – BTS: RM aka Kim Namjoon joins hands with Anderson Paak, Tablo, Colde for Indigo; ARMY awestruck [Read Tweets]

i know you guys so happy, me too ofc. but spreading loct/place every single time when taekook go there, its not good actually

Kim Taehyung from giving ideas is directing? he also getting credited as visual creative director, what if we got a whole movie form him. pic.twitter.com/VfGOmzGa6D

Kim Taehyung was recently in Paris for almost a week. No one knows why he went there. Jungkook got his first solo stage at the FIFA World Cup 2022. His song, Dreamers is a global hit. It is at par with Shakira’s Waka Waka. Also Read – BTS: Jin confirms military enlistment news; requests ARMY not to land up at the base camp for THIS reason